The race to replace Adrian Dix as B.C.'s NDP leader is starting in Ottawa.

Mr. Dix's impending departure has set off a leadership contest that four members of the federal NDP caucus are thinking about entering. Those considering bids are Peter Julian, Jinny Sims, Nathan Cullen and Fin Donnelly.

The exploration of leadership bids comes just six days after Mr. Dix announced that he's stepping down, and as the clock ticks toward a convention to chose a new leader in the early part of 2014.

Mr. Donnelly, the federal NDP's B.C. caucus chair, says he expects that he and the other MPs from the province will be able to juggle their opposition responsibilities in Ottawa as they consider making bids.

At this point, the prospective candidates are trying to measure support to see if they could be competitive in what is expected to be a crowded race to take on Premier Christy Clark in the 2017 election.

"Our work plates are quite full, but [the MPs] won't get distracted from their duties as House Leader or national caucus chair or mine as provincial caucus chair or critic portfolios," Mr. Donnelly, elected in 2009 as the MP for New Westminster-Coquitlam and Port Moody, said in an interview on Wednesday.

"We're testing the waters. We're all weighing up what kind of support there is," he said.

Mr. Donnelly said he's watching to see who provincial NDP supporters decide are the serious contenders and who they get behind. "Once that happens, you will hear announcements and decisions will be made. Depending on who's in or not in, I would consider it," he said. "If the race heats up and is exciting and there's some good candidates in there, then maybe there isn't a need for someone like to me to step in. However, if there isn't, I might consider jumping in."

The party needs a leader with a bold vision for the province, Mr. Donnelly said, who can excite voters with a compelling economic component founded on a healthy ecosystem. "Those issues have always been something I have campaigned on for a decade," he said. "That is why I think I can offer something."

Mr. Cullen, the federal opposition House Leader and MP for Skeena-Bulkley Valley, said he is focused on his work as he fields calls and messages encouraging him to consider entering the race. At this point, he said he has no timeline in mind for making a decision.

New Democrats went into the recent provincial election campaign with a lead of up to 20 points in polling only to see the Liberals win a fourth straight majority with a jobs-focused campaign that included blunt attacks on Mr. Dix, elected B.C. NDP Leader in 2011.

As a result, the opposition party has been sent into a process of reflection. Provincial caucus members Mike Farnworth and John Horgan, who came second and third, respectively, in the leadership race Mr. Dix won two years ago, are also considering new bids.

In North Vancouver on Wednesday, federal NDP Leader Thomas Mulcair said he did not expect many of the four MPs would enter the race.

"I doubt that initial interest will translate into too many candidacies, but we'll see," he told reporters. "It's very clear it's quite preliminary for most of them."

Mr. Mulcair said it was a "very valid question" to ask whether MPs could juggle their federal responsibilities with a leadership bid, but that it was too early to answer.

Mr. Julian seriously considered entering the 2011 leadership race that Mr. Dix won, and is back in a process of talking to party members and constituents in his Burnaby-New Westminster riding.

"There's a different intensity this time within the party. We're dealing with the fallout of an election outcome in May, which surprised a lot of people." Mr. Julian, first elected in 2004, said the process of testing the waters is not now a distraction, but that could change if he enters the race. "The question at this point is where I can do the most good," he said. 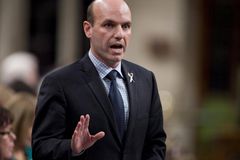 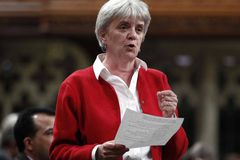 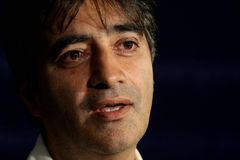