After racing over the summer to hire thousands of teachers to fulfill a Supreme Court of Canada ruling, British Columbia's new NDP government has concluded the province also needs at least 1,000 more this fall to replace retiring teachers and deal with increasing enrolment.

The increase in the number of new teaching positions adds pressure on school boards, which have already been scrambling to recruit from across Canada and internationally, to attract even more new hires and then place them in classrooms even after the school year has begun.

The Supreme Court of Canada issued a ruling last year that restored contract clauses related to classroom size and class composition that the former BC Liberal government stripped from teachers' contracts in 2002. That forced the government to set aside money in a February budget, which wasn't passed, to hire 2,500 teachers. The government expects the extra teachers to cost almost $300-million a year.

However, the new NDP government and the president of the British Columbia School Trustees Association said Tuesday that the actual number of new teachers required is 3,500, because the province also must replace teachers who have retired and add teachers where enrolment has increased.

The ministry did not say how many teachers have been hired, or how many positions remain unfilled, but insisted that most school districts are on target for recruiting the new educators.

Glen Hansman, president of the B.C. Teachers' Federation, said in an interview on Tuesday that the Supreme Court ruling wasn't so much about restoring a specific number of teachers, but rather an educational environment.

"So school districts as employers have to staff to [that environment]," Mr. Hansman said.

Most of the jobs will be classroom postings to accommodate for smaller classes, he said.

"It's pretty much evenly distributed across the whole province," he said.

Gordon Swan, the president of the British Columbia School Trustees Association, said he did not have a figure at hand on how many teachers have been hired.

"I think we're close to the actual number we need," he said in an interview, adding he would have to touch base with his organization to get a figure.

In a statement, the trustees association said it was "generally pleased" with this week's budget, which the government described as a midyear update rather than a full fiscal plan, and that the association will be looking for more support for education in the full budget next February.

The trustees have generally been concerned about "significant, real" increases in education funding to address school construction and seismic upgrading as well as an increase in school district operating budgets to allow boards to address local issues such as programs for special-needs students, and keeping rural schools open.

Shawn Wilson, chairperson of the board of education in Surrey, one of the province's fastest-growing cities, said he welcomes the funding, which will assist with implementing smaller class sizes and class composition changes.

"We look forward to receiving details about the additional funds and appreciate the minister's recognition of the need to provide support for the resources required," Mr. Wilson said in a statement.

Mr. Hansman said one looming challenge is managing the supply of teachers on call or substitute teachers as some of the current supply are hired to meet the need for full-time teachers.

"Last year, without the 3,000 jobs added to the system, we were seeing daily disruptions caused by the shortages of teachers teaching on call.

"That's a problem that's not going to go away unless there's a recruitment strategy."

Mr. Hansman suggested that Surrey, for example, has faced serious shortages of supply teachers, forcing the cancellation of classes and closing of class libraries.

Surrey's school board responded, through spokesperson Doug Strachan, by saying the daily average of teacher "failure to fills" situations in which no supply teacher was available was 44.

"Of course, we're concerned with any failure to fills and continue to work to reduce and, hopefully, eliminate that number," Mr. Strachan said in a statement.

In its statement, the Education Ministry said it was aware that the recent hirings have created pressures on teachers-to-call lists. 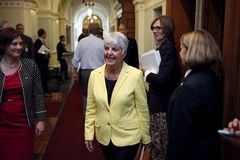 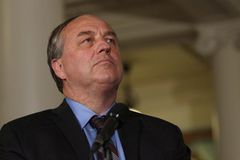