Researchers from the University of British Columbia have discovered that the largest animals alive – whales – have nerves in their tongues that can double in length and then recoil like a bungee cord.

The researchers were studying specimens at a commercial whaling station in Iceland when they stumbled upon the discovery reported Monday in Current Biology. Researchers say it could have important implications for study into human nerve damage.

"I had never seen a nerve like that," said Wayne Vogl, of UBC's Cellular and Physiological Sciences department.

He said his team believes the stretchy nerve helps the enormous creatures consume the amount of food they need to survive because feeding requires opening the mouth wide and deep enough to let huge amounts of water and food in, and then pushing the water back out again.

Prof. Vogl said the discovery could be significant for medical science because the most common type of nerve injury in humans is a stretched nerve.

The researchers found that the nerves of some whales, such as the blue, humpback and minke, are folded and encased in an elastic-like cord. When the whale does a feeding dive, the nerve expands as the mouth and blubber balloon to take in fish or krill.

"The tissue, the tongue or the overlying blubber and skin, when they expand, what happens is these nerves actually stretch like bungee cords," Prof. Vogl said.

"If you think about that, there has to be a lot of things that are different related to their mouth and their oral cavity and their swallowing mechanism that has to be different than in normal vertebrates." Prof. Vogl noted things are considerably different with human nerves.

"Nerves are positioned around a joint or around a structure so that there's minimal chance of stretch. That's where all the injury happens in people. If you're falling through a tree and you grab a branch and you put a lot of tension on stuff, that's when you stretch and rip things out of nerve cores."

Nerves in humans stretch very little and when they break, they have to regrow, an extremely tedious and slow process, said Wolfram Tetzlaff, chair in spinal cord research at UBC and director of the ICORD (International Collaboration On Repair Discoveries).

"What the whale has developed is a beautiful system to protect its nerves, to package it in a way, probably in a corkscrew or undulated way, surrounded by elastin fibres, that allows the wave to extend, like a rubber almost, and shrink it again," said Dr. Tetzlaff. "We don't have that unfortunately," he said, but added "future research will show how these insights might get potential nerve repair strategies."

Dr. Douglas Smith's lab at the University of Pennsylvania is working on those strategies. His lab is examining what breaks inside of axons, the long nerve fibres that carry signals between nerves and the brain, when they're rapidly stretched.

"Blue whales must have a very unique system to be able to tolerate very rapid growth of nerve systems," said Dr. Smith, a professor of neurosurgery and director of the centre for brain injury and repair at the university.

"Stretching of the nerves induces them to grow … like the vertebrae of the whale keeps going so the nerves have to keep going." The UBC researchers will next look at how the nerve core is folded to enable such rapid stretch and recoil. 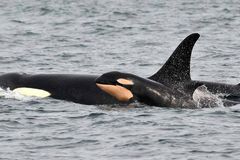 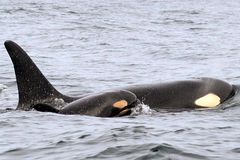 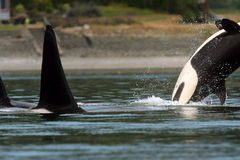