A new school curriculum that should ensure hundreds of thousands of British Columbia students are given the chance to learn computer coding will begin rolling out this year, though the province is still working to expand high-speed Internet and train teachers.

Premier Christy Clark announced in January that every elementary and high school student in the province would be given the opportunity to learn how to code, beginning in kindergarten.

Education Minister Mike Bernier said the province has set aside $6-million to cover the costs of training teachers and buying technology. He promised that by the end of this year, high-speed Internet will be available in every school in B.C.

"The opportunities we want to look at are equal, whether you are a student in Haida Gwaii, Fort Nelson, Vancouver, we have to have opportunities for everyone," Mr. Bernier told reporters on Thursday.

Ms. Clark's announcement about the addition of coding was met with skepticism from some observers that the province's schools had either the technology or the expertise required to teach it effectively.

NDP education critic Rob Fleming said a survey conducted by the Education Ministry in April indicated that many schools aren't ready to offer coding. "I think the government has so far not worked adequately in terms of the professional development realistically they are going to need, and that is the No. 1 issue," he said.

Mr. Fleming said he thinks the government's timeline might have been too ambitious. Teachers and schools across the province are already facing funding issues and dealing with a lack of resources, so this new curriculum could make those issues more challenging, he said.

Still, many have expressed excitement that the subject is making its way into B.C. classrooms.

"Particularly in the Lower Mainland, our economy is becoming more and more based in technology, so I think it is awesome that we are putting it into the program," said Sharon Lapwood, manager of science promotion and partnership support at Science World in Vancouver.

Ms. Lapwood noted that the new curriculum is worded in a very general way, giving teachers the opportunity to address individual students' needs and to work with the technology that is available to them.

"I see the fear that is there that maybe not everyone has access to an equal education, but ... if you have a one-size-fits-all model, it's definitely not going to work, whereas this has more opportunity to work."

Jakob Manning, program manager at Geering Up, a summer series of science and tech camps hosted at the University of British Columbia, said he's surprised at how popular coding camps have become this summer compared with previous years.

He said parents are increasingly thinking about coding, and it appears to be "becoming the new piano lessons."

Many people might not really understand what coding is, or appreciate that it is something that future generations are going to be needing upon starting jobs in most workplaces," Mr. Manning said.

"[Coding] is up there now with numeracy and literacy," he said. "It's a vital life skill."

Jonas Graff is entering Grade 8 in Vancouver. He's spent his last week of summer vacation at coding camp because he wanted to learn how to do more than he's been teaching himself online.

He just learned how to make a Twitterbot and is learning Arduino, an electronics platform used to build interactive projects. "I think [it's] a useful skill, as technology is starting to dominate everyone's lives and it's interesting to know how it works," he said.

Anna Jeffs, who is also at coding camp at UBC this week before she heads into Grade 10, said she thinks that for kids growing up, understanding how technology works is key to getting their voices heard.

"I think schools should offer [coding] to kids, especially at a younger age, because it is really not as hard as people think."

The addition of coding is part of a broad new curriculum the province highlighted on Thursday that emphasizes critical thinking, and promises to be both student-centric and flexible.

As of September, the new curriculum will be implemented from kindergarten to Grade 9, but it remains optional for Grades 10 through 12 (set to be implemented in full next year). The province says its new approach aims to address the constant changes and advances in technology, while keeping a focus on reading, writing and math skills. 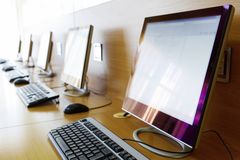 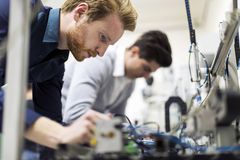 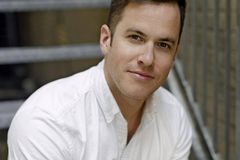