Vancouver has been a real-estate development test site for the children of wealthy, foreign-born entrepreneurs for several decades. Now there's a new generation with a difference: They grew up here.

Kevin Cheung and Scott Wang are two of the latest wave of developers, sometimes labelled as offshore, who have arrived in Vancouver within the last couple of years and caused ripples of interest and alarm.

Both graduated from Sir Winston Churchill Secondary School, with Mr. Cheung getting a bachelor's in commerce at the University of British Columbia. Both have fathers in real-estate development in Shanghai who are providing the starting equity for their sons' Vancouver ventures. They are the children of the astronaut families.

"You see a lot of this in Vancouver, where the mother and child stay here and the father is doing business in China where the opportunity is," said Mr. Cheung, a soft-spoken and impeccably polite 27-year-old who now lives in Shaughnessy.

The launch of the company that he and Mr. Wang, 31, founded in July 2014 (then called Xpec), has been energetic.

Their Vancouver company, now called Landa Global Properties Ltd., has picked up five expensive local multifamily sites in just two years, none of which have started construction yet. One of the most talked about was the recent sale of the Burritt Bros. site on Main Street, for which they paid an unprecedented amount – reported to be between $11– and $11.5-million. (The deal hasn't been finalized yet.)

Some critics in the development world have said the new offshore buyers – who were noticed in recent years as they outbid locals in the fierce fight for properties along Cambie Street – are pushing up the price of land and buying just as a way to park money, with no plans to develop even though the city is desperate for housing.

"There probably is a component that is parking money, but we aren't," said Mr. Cheung. "We are moving full speed ahead on our sites."

It hasn't been all easygoing for the company, in spite of his family's experience and money.

Mr. Cheung was outbid himself on many properties before the Burritt Bros. sale in what he says is a very competitive market. He said he just edged out others on the Burritt site by a small margin. (One broker, Kirk Kuester at Colliers, says although the sale raised eyebrows then, it now looks like a good deal, given the prices of other sales since.)

Landa's first multifamily site, the Bold at Fraser and East 19th, ran into problems because it is on the edge of the Vancouver's Tea Swamp. The project on that site, currently assessed at $7.4-million, ended up costing more than he expected because of the challenges of building on a peat bog.

And the two are spending extra to hire some well-known Vancouver architects and to create unusual designs.

The Burritt site will be a "very cool, contemporary building" designed by architect Tomizo Yamamoto. As with all of their Vancouver sites, the Burritt building will only be four stories, all that's allowed in current city zoning.

The Bold, designed by Walter Francl (who did Jameson House and Trout Lake Community Centre), has a courtyard so that units can have windows on two sides.

Many condo developments in the city have typically been rectangular boxes that only allow one window per unit, except on the corners, which is cheaper.

At the $24.5-million property that Landa bought in Richmond, architects Foad Rafii and Arno Matis were asked to work together on the Straus development to create a landmark building.

And at Landa's Shaughnessy and Point Grey sites (valued $7.9-million and $13.7-million, respectively), Mr. Cheung said the projects will be high-end to match the neighbourhoods.

That's the kind of development his father, Frank Cheung, has done in Shanghai, where his single-family residential projects look like collections of minor French chateaus. According to the company's website, his father, a Hong Kong resident, established a joint partnership with the Chinese government in 1993 to build residential communities.

Mr. Cheung says he doesn't know much about the other new players who have moved into Vancouver's development market.

One is a company called Brilliant Circle Group, whose principal is a David Cai, which also made headlines earlier this year when it bought the former 230-acre Imperial Oil site in Port Moody and a prominent site on Georgia Street.

Real-estate brokers and architects from Surrey to Vancouver to North Vancouver also have been talking about new offshore players who are bidding hard and buying up sites in those areas.

But Mr. Cheung doesn't put himself with that group.

"I see myself more as a Vancouver local than an offshore Asian investor. I love Vancouver, I love the city. We want to grow and slowly take our steps here." 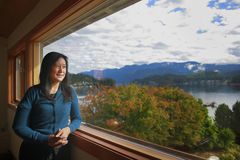 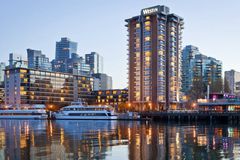 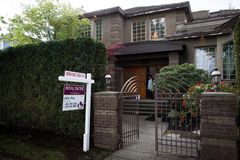