National Hockey League defenceman Clayton Stoner has pleaded guilty to hunting without a licence in connection with a grizzly bear hunt on British Columbia's central coast.

Stoner, 30, who plays for the Anaheim Ducks, appeared in an Abbotsford, B.C., court on Wednesday to face one charge under the provincial Wildlife Act involving the hunt in B.C.'s Great Bear Rainforest in May 2013.

His lawyer entered the plea on his behalf.

The Crown dropped four other charges against him, including knowingly making a false statement to obtain a hunting licence, hunting out of season, and unlawfully possessing dead wildlife.

Stoner initially defended his hunting trip with his father, an uncle and a friend, but a case was mounted against him after an investigation by B.C.'s Conservation Officer Service.

The service announced five charges in September, explaining Stoner did not meet residency requirements for the provincial hunt when he played for the Minnesota Wild.

Stoner applied for his hunting licence in his hometown of Port McNeill, on Vancouver Island, according to court records.

But the address he provided was not his primary residence, which the Wildlife Act stipulates must be in B.C., Det. Sgt. Cynthia Mann said in a statement when the charges were made public.

Crown lawyer Jim Cryder told the court there is a very strict definition of resident under the act.

In order to obtain a commercial trophy licence, a hunter must have been a resident of B.C. for six months of the previous year, he said.

"For an NHL player ... they're going to be out of the province for at least seven months," Cryder told the court. "He hasn't in fact qualified as a resident."

Stoner's kill sparked angry debate in September 2013 when photos were published in a Vancouver newspaper showing him holding up the grizzly's severed head.

A First Nations group also screened a documentary in Vancouver featuring the pictures, which were taken by a Heiltsuk Nation field technician who confronted Stoner after the kill.

Jess Housty, a tribal councillor with the First Nation based in Bella Bella, has said Stoner boasted about the animal he had shot and showed off the paws and head.

But Stoner claimed at the time to have the necessary permits and licences. He also released a public statement saying he grew up hunting and fishing in B.C. and would continue those activities.

The grizzly shot by Stoner, which local residents had named Cheeky, was killed in the Great Bear Rainforest.

He said Cheeky was an asset to his group's work.

"He was comfortable being viewed by humans," said Falconer.

"His untimely death due to Mr. Stoner's unlawful actions has caused us significant harm, including financial loss, and has been a significant disappointment to our guides and clients."

Falconer said the animal's remains should be returned.

An examination of the bear's tooth showed the animal was 18 years old. The remains are being held by the province.

Stoner is currently listed on the injured reserve list with his team, although the NHL is now taking its All-Star break. 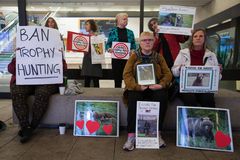 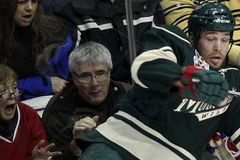