Three northern B.C. communities that voted against the proposed Northern Gateway pipeline say the federal cabinet's conditional endorsement for it does nothing to shake opposition in their communities.

However, the mayors say there are no plans to step up activism in an effort to stop the pipeline that would channel bitumen from the Alberta oil sands to Kitimat on the B.C. coast. Instead, they say their communities will take a wait-and-see approach.

Taylor Bachrach, the mayor of Smithers whose area Skeena River would be vulnerable to Gateway spills, said the cabinet decision takes nothing away from a 5-1 vote by council against the pipeline held in 2012.

"The sentiment in our community hasn't changed," Mr. Bachrach said in an interview on Thursday. "Like any community, there are a variety of opinions, but the prevailing sentiment is one of concern for our rivers and for our coast."

Mr. Bachrach said he cannot see anything that project proponent Enbridge Inc. could do to win public support. "The difficulty here is that the company has gotten off to the wrong foot right from the start." he said. "I don't want to speculate on what the future holds, but I would say I would be very surprised if they were able to obtain social licence for their project."

But he said Gateway is not really on the council agenda at this point. "We've got our plate full just taking care of the many issues and opportunities within our town boundaries," he said.

Mr. Bachrach said people in his community see industrial development as key to the present and future for the region. "But there's something different about [Gateway]," he said. "People just feel the risks are too great and they are something our region isn't willing to compromise on."

In Terrace, council and the community remain opposed to Gateway, according to one councillor who said it would take a considerable amount of work by Enbridge before the community would support the project.

"Nothing has changed," said Marilyn Davies. "We have a large group that are against any kind of movement of oil through the pipelines."

She acknowledged Enbridge will try to make the case for Gateway as it attempts to meet more than 200 conditions the federal government has set as a threshhold for proceeding with the project. "[They] will have some success with some people. I think the economics will have some success with some people, but I do think we will always have a large group committed to the environmentalist up here," she said.

Despite a non-binding public plebescite that went 58.4 per cent against the project in April, Kitimat Mayor Joanne Monaghan said her community awaits what happens next.

In an interview, she said the community is waiting to see if the project proponents can meet the 209 conditions set on the project, as well as the five conditions – including accommodation of First Nations and a fair share of revenue – set by the B.C. government of Premier Christy Clark.

If the project is ever built, Kitimat would be the base for a two-berth marine terminal. There would also be an operation for storing Alberta crude ahead of being shipped by tanker to Asia.

Ms. Monaghan said she sees a "long-reach" possibility that Gateway backers could overcome opposition to it, but she noted that council is not planning further action on the file. "We're going to watch it and make sure that whatever happens is the best thing that can happen under the circumstances," she said. "We want the tankers safe if they go ahead with it. " 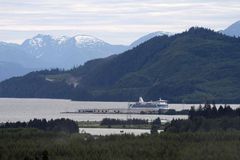 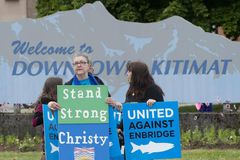 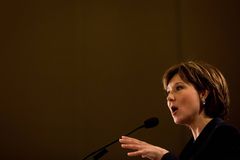 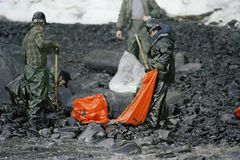