B.C.'s northern communities, bracing for the enormous demand for local services that a liquefied natural gas industry will create, are publicly begging the province to provide more resources for their towns and to rethink its idea of capping property taxes for the new industry.

"We're all extremely concerned about the impacts coming our way. We know they're not all going to be positive," said Des Nobels, who represents a rural area near Prince Rupert. "The province and federal government do these things that end up in our laps. This is almost too much for people to bear."

Mr. Nobels is one of dozens of politicians from B.C.'s north arriving this week at the Union of B.C. Municipalities annual convention in Whistler concerned about the impact of a resource boom in which provincial tax policies and other problems prevent them from getting enough money to keep up with the demand for roads, social services, low-cost housing, health care and more.

In the province's northeast, where the oil and gas industry will quadruple its size if LNG plans go forward, Fort St. John Mayor Lori Ackerman said towns are frantic to figure out how to provide new services.

"The industry is outside of our boundaries [so we don't get to charge taxes], but we are still the community that provides services. That's why we really need the province to work with us."

But municipal politicians also say the province has shown little interest in talking to local governments about anything lately.

They are dismayed that Premier Christy Clark's government appears to be leaving it to mayors and councillors to fight and struggle among themselves over issues like transit, solid-waste management, sewage and ferry service.

"It doesn't look like a warm, cordial feeling going into [this annual convention]," said Saanich Mayor Frank Leonard, who is part of a region struggling to come up with a sewage treatment method other than dumping it in the ocean, and to get more money for transit.

The UBCM annual meeting has always been seen as a key test of the relationship between Victoria and the rest of the province.

Former Liberal premier Gordon Campbell, also an ex-mayor, made it a point to announce a major present to local governments every year. NDP premier Glen Clark was famously booed at one UBCM convention.

At this meeting, the question for many mayors and councillors is whether Ms. Clark is interested in having a cordial relationship at all. She is scheduled to speak on Friday as the convention closes.

The signs are not encouraging, they say. A report on municipal finances the province commissioned more than a year ago, completed in February, was leaked to media last week, prompting headlines about out-of-control municipal spending.

Mayors and councillors were furious at what they saw as a political strategy to undermine them with a poorly researched report.

"It will be the major conversation at this conference," said Port Coquitlam Mayor Greg Moore, the chair of the 24-member Metro Vancouver regional district board.

The auditors' report said salaries for municipal employees increased by 38 per cent from 2001 to 2012, at a time when salaries for other public-sector workers went up only 19 per cent to 24 per cent.

Mr. Moore noted that the auditors have no expertise in public-sector compensation and acknowledged more than two dozen times that they did not have the necessary information to support their analysis.

Mr. Moore was one of the co-chairs of an effort last year to talk to the province about different financing models for cities, which have had many costs shifted to them from higher levels.

At the 2013 convention, the UBCM presented a report to the province about possible options, hoping to start a dialogue.

But the province has not responded, said both Mr. Leonard and Mr. Moore.

new
BC Ferries asks to convert largest vessels so they can run on LNG fuel
September 22, 2014 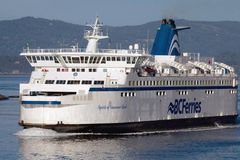 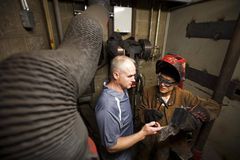 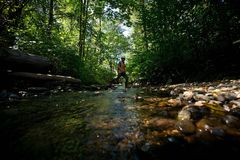