A stipulation that a loan to a Prince George businessman by a public money trust would be made only if the government Treasury Board approved the funds for a centre to promote B.C. wood products "subsequently changed," according to the head of the trust.

Janine North, the CEO of the Northern Development Initiative Trust, gave The Globe and Mail a brief interview that broke more than a week of silence amid a growing scandal surrounding a government scheme to build the world's tallest wooden building. The scandal, which has ensnared two senior cabinet ministers from Prince George, involves Ms. North's briefing notes for a September, 2009, board meeting to discuss the loan. But she says they do not tell the whole story.

The briefing notes, titled "Due Diligence for Commonwealth Campus Corporation 'Wood Innovation and Design Centre' Land Assembly," show that a loan with a maximum amount of $8.9-million would be made to Commonwealth, a company controlled by Prince George businessman Dan McLaren, "subject to approval from Treasury Board for the capital investment in the Wood Innovation and Design Centre."

Ms. North, speaking publicly for the first time since the scandal broke, said that the Treasury Board approval was a form of security for the trust's board, which is mandated to promote infrastructure and economic development in the North of the province.

"There are a number of different ways that we look to have security. It may have been in that briefing note that that was one piece of information that was provided to them at that time and the situation subsequently changed," she said.

Ms. North did not offer an explanation as to why the stipulation was removed. She would not comment when asked whether she or NDIT, in making the decision to loan the funds to Commonwealth, had received assurances from Prince George MLAs Pat Bell and Shirley Bond that Treasury Board approval for the capital needed for the wood centre would occur. Ms. Bond is Minister of Justice and Attorney-General.

A loan to Mr. McLaren was ultimately approved and the developer used the funds to purchase downtown lands, including the site of the Prince George Hotel. Mr. McLaren and another local businessman, Brian Fehr, have alleged that Mr. Bell, the Jobs Minister, made assurances that Mr. Fehr's proposal to build the Wood Centre using land assembled by Mr. McLaren, would be shortlisted for the government contract. It was not and the loan to Mr. McLaren, of which $1.5-million is outstanding, is now in foreclosure.

Ms. North said that subsequent to the Sept. 25, 2009, special board meeting, other forms of security for the loan to Mr. McLaren were provided. "This particular loan that is in the foreclosure process is fully secured by both land and personal guarantees," she said.

The Wood Centre is at the heart of a scandal that has dogged the B.C. Liberal government for weeks and has now reached the Premier's office. In comments published by The Globe this week, former finance minister and head of the Treasury Board, Kevin Falcon, said Premier Christy Clark had overreached when she told a crowd in Prince George in September, 2011, that the project would be the "world's largest multipurpose wooden building." Mr. Falcon said the Treasury Board had not approved the funds needed to build such a structure.

In the legislature Tuesday, citing the briefing notes prepared for Ms. North, the NDP opposition asked Ms. Bond why the loan was made to Mr. McLaren if it did not meet the stipulation that Treasury Board had approved the budget for the Wood Centre.

Mr. Bell, answering for his fellow Prince George MLA, reiterated the mandate of the NDIT, which was created, in part, with the public money generated by the government's sale of B.C. Rail.

"The Northern Development Initiative Trust is an independent organization that operates at arm's length from government and makes its own decisions," Mr. Bell told the House.

Ms. North's explanation that the terms of the loan to Mr. McLaren were changed to remove the need for Treasury Board approval follows revelations that she changed a letter dated March 8, 2010, at the request of Dana Hayden, a senior bureaucrat working under Mr. Bell. Ms. North made several changes in the second version of the letter, including removing a section that said the loan was made to Commonwealth "at the request of the two local Ministers of the Crown." 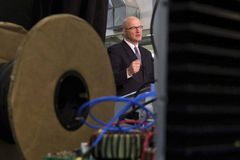 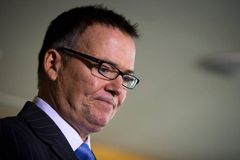 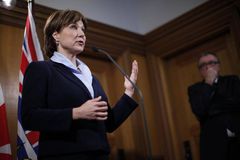 Follow Andy Hoffman and Justine Hunter on Twitter @iamandyhoffman @justine_hunter
Report an error Editorial code of conduct
Due to technical reasons, we have temporarily removed commenting from our articles. We hope to have this fixed soon. Thank you for your patience. If you are looking to give feedback on our new site, please send it along to feedback@globeandmail.com. If you want to write a letter to the editor, please forward to letters@globeandmail.com.
Comments