When then-federal-environment-minister Jim Prentice announced verdicts on two proposed British Columbia mines on Nov. 2, his thumbs-down on the Prosperity project got the most attention.

The proposed Prosperity mine, about 125 kilometres southwest of Williams Lake, would have drained a trout-bearing lake, and was staunchly opposed by the Tsilhqot'in National Government and just as ardently supported by the reigning provincial Liberals.

Mount Milligan, which Mr. Prentice approved the day he nixed Prosperity, seemed a done deal. It got a provisional green light in January, when Mr. Prentice said the proposed gold-and-copper mine was not likely to have significant adverse environmental effects.

The Mount Milligan project - 155 kilometres north of Prince George - also had first nations support in the form of a revenue-sharing agreement between the province and the McLeod Lake Indian Band. That deal, announced in August, was only the second such pact for the province.

When the agreement was signed in August, McLeod Lake Indian Band chief Derek Orr said it set a new standard for participation by the band in economic developments in its territory.

"We have secured benefits for all our members in a way that is environmentally responsible, and good for the McLeod Lake Indian Band, the region and the province," Mr. Orr said at the time.

But this week, a couple of vehicles blocked the road leading to the Mount Milligan site, where crews have begun working on the $915-million project.

The roadblock, erected by members of the Nak'azdli Indian Band, is being monitored by the RCMP and the Denver-based Thompson Creek Metals Company, which owns the Mount Milligan project after acquiring Vancouver-based Terrane Metals in October.

Thompson Creek has obtained a court injunction against the protesters and plans to deliver copies of it to the blockade site, a company spokeswoman said.

"It has been peaceful and we hope it will resolve peacefully," Pamela Solly said on Thursday.

The barricade was not sanctioned by Nak'azdli band council.

In a telephone interview on Thursday from Prince George, band councillor Margo Sagalon - whose brother and cousin were among the people participating in the roadblock - said the protesters were upset that trucks were rumbling in and out of the job site and through Nak'azdli territory without an agreement between the company and people whose traditional land holdings are affected.

"There has been no movement, nobody was talking to us," Ms. Sagalon said.

There were rumblings of discontent before the roadblock. In 2009, the Nak'azdli First Nation filed a petition with the Supreme Court of B.C. against the provincial government, contending that it was not properly consulted about Mount Milligan.

In September, the band and the province signed an "abeyance agreement" that put the court petition on hold while the band negotiated an agreement with the province to settle its outstanding claims.

That agreement has been initialled and is under review by Nak'azdli leadership, Aboriginal Affairs Minister Barry Penner said on Thursday.

"We have been encouraging industry to build good relationships with first nations, and already this mine project is providing significant economic and job opportunities for the north-central region of B.C., including first nations people," said Mr. Penner, who assumed the aboriginal ministry in an October cabinet shuffle.

The government remains committed to revenue-sharing agreements, he added.

"Our government has adopted a policy of looking for these [revenue-sharing]agreements, particularly in the mining sector - and thinks it holds out a great opportunity for first nations people."

Both the Prosperity and Mount Milligan sites are in parts of the province battered by the downturn in the forest sector and hungry for new economic engines.

The Tsilqhot'in Nation Group turned down provincial offers to negotiate a revenue-sharing agreement for the Prosperity mine.

On the Prosperity front, proponent Taseko Mines says it wants to look at options that could allow the mine to proceed.

The Tsilqhot'in Nation Group has said it would oppose any mine plan that would involve the destruction of Fish Lake. 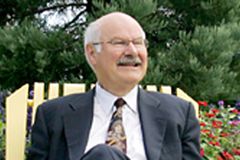