There are 33,000 boxes of important provincial documents abandoned in a warehouse, orphaned by a lack of government interest and funding, says British Columbia's information and privacy czar.

In her report released Tuesday, Elizabeth Denham said the neglect is severely hampering access to information and the public's right to know about key decisions of their government.

"I was shocked to learn that no government records had been transferred or preserved in the BC Archives for the last 10 years," Denham said in an interview.

Government transferred the BC Archives from the province to the Royal British Columbia Museum in 2003.

Unfortunately, no money went with the transfer of responsibility and the museum said it could only afford to maintain the existing archives. It put in place a fee of $454 per box to archive new material — a fee no ministry was interested in paying.

Tens of thousands of boxes later, they're still not interested, and Denham said valuable government records documenting everything from case files to cabinet records are languishing.

"The time to act is now. The longer this impasse goes on with the archives, the more expensive and more difficult the solution is going to be," she said.

Right now, those records are only accessible through a Freedom of Information request — an expensive legal process — when they should be available in the reading room of the archive, Denham said.

And there is no plan, no legal framework and no technical capacity to archive the growing "tsunami" of digital records, Denham said.

"We are operating on a statute that was passed in 1936 ... that was the year before the photocopier was invented," she said.

Andrew Wilkinson, the provincial minister of technology, innovation and citizen's services, declined an interview request. He released a statement saying the province is meeting its legal obligations for storage.

"Already we are working with the Royal BC Museum to find solutions for a portion of the government records that need to be archived," it said.

His government is also exploring new approaches for management of government records, the statement said.

The report made three recommendations, including that BC Archives be returned to the government fold and money be provided to deal with the backlog and to archive documents going forward.

Government should also create a system for preserving digital information and update the Document Disposal Act to address the digital age, it said.

Denham said the status quo will have significant financial and historical consequences if the failure is not addressed.

It's not the first time the commissioner has rebuked government. Denham previously called on the province to protect health data in the digital age and questioned a troubling number of provincial Freedom of Information requests that turn up no records.

The "orphaned archives is one example of the government's lack and deficiencies" in information management, she said.

Vincent Gogolek, executive director of the B.C. Freedom of Information and Privacy Association, said transparency is not a priority for the Liberal government.

He cited one case in which records related to the controversial 2003 sale of BC Rail could not be found, only to surface later.

"And that's for documents that were supposed to be set aside for a court process," Gogolek said.

There have been calls for improvement but not much response, he said.

"If you don't want people to be able to find things, this kind of benign neglect — it works." 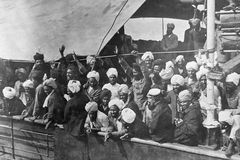