Two days later, Vancouver Opera (VO) announced a new three-week annual festival of opera for spring, 2017, and described it as "an exciting, forward-looking repositioning of our role at the centre of cultural life in Vancouver."

As the information trickled out, it became apparent that the true story was rather different. The regular opera season is to be dumped.

The abandonment of its regular season was something I had not seen coming.

Deeply concerned at the announcement, I tweeted "Distressing to see @VancouverOpera news spun as visionary. It's terrible news. Vancouver to be only major Cdn city without an opera season."

Within the hour, VO had tweeted back it was "disappointed" with me, presumably for not following the party line. Like many others, I was taken aback by the news.

The language of spin that was used in the announcement has wider implications than VO. How are the rest of Vancouver's cultural organizations going to invite corporate and public investment with the pitch, "This is an exciting forward-looking repositioning of our company?"

Does that mean what it says, or does it mean they are going broke? The crucial part of the process of raising money for a cultural organization is being trusted by the donor. If arts organizations start spinning the truth at times of crisis, that does not help anybody.

The situation at VO is difficult, but by no means irredeemable. By the end of next season, the deficit is likely to remain in excess of a million dollars and might even threaten the new festival.

Most of the staff will become seasonal; the musicians of VO's own orchestra will lose several months of work, as will the chorus and backstage crew.

It is unlikely many of these people will share much joy in the "forward-looking repositioning." However, there was some good news. The excellent Yulanda M. Faris Young Artists Program is to increase from four to seven singers, a morsel of encouragement for the 70 or so opera students at University of British Columbia's opera school.

On the other hand, VO must pay its bills, and if it did not reorganize, then clearly it would be threatened by bankruptcy, one word that did not appear in the press release.

Another statement made at the news conference was: "The most successful opera companies of the last decade have been those that have been festivals."

It is as if the sometimes checkered but mostly lauded Metropolitan Opera, Royal Opera House, Canadian Opera Company and La Scala, to say nothing of Canada's many regional opera companies, are all doomed. Vancouver is going "ahead of the curve," we were told. They are to become like Glimmerglass, Salzburg or Aix-en-Provence, but in rainy April, as the cruise ships dock at Canada Place.

One director of a major international opera festival wrote to me that VO officials "have no idea the complications of what they are proposing."

James Wright, the company's general director (his predecessors have included legendary founder Irving Guttman and conductor Richard Bonynge) has been an outstanding artistic leader. The company's production of John Adams's Nixon in China, the world premieres of Lillian Alling (Murrell/Estacio) and Stickboy (Koyczan/Weisensel) and the beautiful new O'Brian Centre for Vancouver Opera have made his tenure easily the most creative in the company's history.

The best solution is that Vancouverites realize their excellent opera company, with its distinguished 55-year history, needs support now. Join me in buying a family subscription for the company's 2015-16 season. I cannot imagine living in a city without a regular opera season. I'd advise every citizen who cares about Vancouver's burgeoning reputation to do the same, along with a Vancouver Symphony subscription, of course.

Ironically, you could have had both for the price of a pair of tickets to Andrea Bocelli.

Bramwell Tovey is the GRAMMY and Juno award-winning music director of the Vancouver Symphony Orchestra. 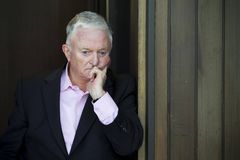 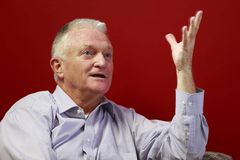 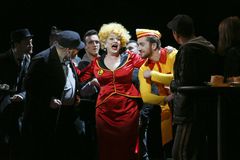