A First Nations community in the northeast corner of British Columbia wants to be dealt in on a promised liquefied natural gas bonanza. This is a Clark government photo-op in the making – except the province won't talk to the Acho Dene Koe.

The 750 members of the Acho Dene Koe have an aboriginal land claim that includes a significant piece of B.C. real estate – the gas fields in the Horn River and Liard Basins that are critical to the future of LNG development on the coast.

Almost 13 years ago, their claim was accepted by the B.C. Treaty Commission. Even the federal government – famous for foot-dragging at the treaty table in British Columbia – wants to get on with this. But the province is not there.

Now, the Acho Dene Koe are threatening to go to court to disrupt drilling. Not because they oppose fracking, or pipelines. Chief Harry Deneron is bemused by the notion that he would oppose job creation. He is simply frustrated, and is trying to get Victoria's attention.

"They make deals with other aboriginal groups further down the line, and that is good," he said.

"But they forget that the product is coming out of our traditional land. My people are tired of being poor."

Mr. Deneron wants to negotiate, not litigate. "If they won't talk to us, we have to fight back, but it will be a sad thing. We have been truly supporting the oil and gas industry since 1954."

The claim is complicated because the Acho Dene Koe's traditional lands are not conveniently contained within B.C.'s borders. The community was divided in the 1950s when the border between B.C. and the Northwest Territories was set.

Mr. Deneron grew up in a cabin on Maxhamish Lake where the fish were plentiful enough to keep the family's sled and hunting dogs fed. It is on the B.C. side of the border, a half-hour snowmobile ride from his current home in Fort Liard, NWT. "I go there every chance I get."

Today, roughly 200 members of his community live south of that border, but the majority are in the Northwest Territories and the Yukon. Burial grounds, trap lines and still-occupied cabins form part of the Acho Dene Koe's B.C. claim that they can demonstrate long-standing and continuous occupation of the land.

By virtue of a line drawn by a federal survey crew almost 60 years ago, however, they have been treated as second-class citizens in this province. Aboriginal Relations Minister John Rustad says he has to be selective in where to invest treaty-making resources. His preference is for B.C.-based First Nations.

Given the government's obsession with developing LNG, however, it is puzzling that the Acho Dene Koe haven't climbed up the priority list.

The B.C. government held a string of public events in recent weeks to celebrate an agreement with the Nisga'a First Nation to allow a natural-gas pipeline through their territory to reach proposed LNG plants on the coast. The government is keen to show aboriginal participation in LNG development. It soothes investors, builds public support and provides a welcome contrast to the strong First Nations' opposition to oil pipelines.

But when Mr. Deneron wrote to Premier Christy Clark in October, asking her to come to the table, he heard crickets. It took five weeks before the deputy minister for aboriginal relations, Steve Munro, responded on her behalf. "The province will advise you as soon as we have direction and the resources necessary that may enable us to engage on a transboundary negotiation with Acho Dene Koe. However, this may take some time."

Mr. Deneron, 72, has been waiting a long time already.

Mr. Rustad said he would like to sit down with the chief and his bargaining team, but says he doesn't have the budget to do all the treaty work he would like. "It's just the reality. We have budget challenges like all other ministries do, we try to move forward [treaty] tables but sometimes they take longer than we would like them to."

The B.C. Liberal government, under Ms. Clark, has put a premium on economic development rather than treaties. However, Ms. Clark indicated last week that may be changing, due to her experience with the Nisga'a on the pipeline agreement. The Nisga'a signed the province's first modern treaty in 1999, and she now appreciates how that has helped them achieve economic development.

"The gold standard for provincial relations with First Nations is treaty," she said in an interview. "Ideally, I want to get to a place where we are concluding more treaties – perhaps this [with the Acho Dene Koe] could be one of them." 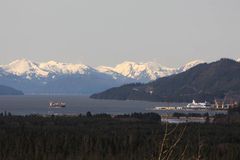 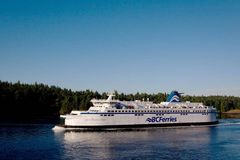