When Vancouver's first car-based mall considered an upgrade five years ago, the Canada Line hadn't been built, the recession hadn't made Canada look so much more attractive to American retailers, and the city was only starting its high-gear densification push.

So the owners of the Oakridge mall, almost dead centre in Vancouver at 41st and Cambie, settled during a 2007 city rezoning process for a modest expansion of retail space and some housing on the vast expanse of parking on the 11.5-hectare site.

Now Oakridge's owners are looking to do much more.

They want to transform the 56-year-old mall into its own small city. Doing so means not just more housing, retail and office space, but also parks, bikeways, walking paths, a library, its own district energy system, and a re-orienting itself to the sudden influx of customers coming by transit with the Canada Line.

"Our traffic that is non-car related went from 9 per cent [before the Canada Line opened in 2009] to 24 to 25 per cent and climbing," said Gordon Wylie, senior director of development at mall owner Ivanhoe Cambridge. "There's a stronger appetite for retail in the market. We have an appetite to do a bigger project."

Ivan has formed a partnership with Westbank Projects Corp., led by developer Ian Gillespie, which has built Woodward's, the Shangri-La, the Fairmont Pacific Rim, and numerous other projects around Vancouver in the last decade. Westbank would build the housing in the project.

The Oakridge decision is an unusual one among current trends in malls. Many American malls are failing, so they're looking for ways to re-use their land and have redeveloped them in many ways.

But, says former Vancouver planning director Brent Toderian, "this is a transformation of a successful mall, which is a very intriguing difference. This will be like a mixed-used, transit-oriented city centre, just like a traditional downtown."

Oakridge is considered one of the most successful malls in Canada. There has been a lot of interest from American and European retailers to move into Canadian malls ever since the recession hit.

Oakridge is currently renovating one corner of its site, to accommodate the city's first Crate and Barrel, which is supposed to open by Christmas.

Mr. Wylie said there are high-end American retailers also looking for space in the mall.

As a result of all the factors, Ivanhoe is now willing to pay the $1.1-million the city says it will have to charge for the staff time to do another rezoning.

A staff report going to council this week recommends that councillors let the project proceed to a public hearing because of the way it will enhance the city's efforts to create more affordable housing and developments that are environmentally sensitive.

But, planner Matt Shillito warns in the report, the new concept will have to go through even more public consultations. In the relatively prosperous Oakridge neighbourhood, that's always meant vigorous debates and intense local participation.

Mr. Shillito noted there's no guarantee the city will approve anything, especially contentious additional heights, even though Ivanhoe will have to pay the rezoning costs.

And, he stressed, the project will have to look and feel very different from a traditional mall.

"The development concept needs to transcend the model of a privately-owned and controlled shopping mall to create an integrated mixed-use precinct, well-connected to the adjacent community," the report said, with a network of public routes through it and stores that face the street.

Canadian malls growing in only one direction
June 20, 2011 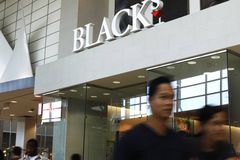 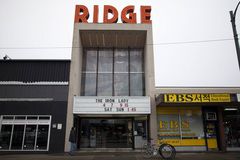