It doesn't appear the Liberal government in B.C. has been measurably moved by growing calls for the province to rejoin discussions with Ottawa on a proposed national park in the South Okanagan.

Earlier this month, the Union of B.C. Municipalities approved a motion put forward by the town of Osoyoos, resolving that the province sign an agreement with the federal government to renew talks regarding a Parks Canada plan to set aside nearly 300 square kilometres in the region as a national reserve. Fresh polls have shown that a majority of people in the area support the concept. Three separate chambers of commerce in the area want it. What's so special about this desert-like landscape?

The South Okanagan-Similkameen represents one of the most important ecosystems in the world. Nearly 60 federally listed endangered species call the region home; that's 11 per cent of all the threatened species in the country. The province was in negotiations with Ottawa to create the park but pulled out in 2011 under pressure from a small but vocal group of ranchers and hunters in the area who felt the scheme would threaten their way of life.

The area's local MLA, Liberal Linda Larson, is on the side of the opponents, many of whom supported her election campaign. She believes a national park isn't needed to offer the protections environmentalists and others seek. Park proponents, however, disagree and insist a national park would not only provide an ironclad shield around this sensitive area but also lure tourists from around the world.

Environment Minister Mary Polak met with a small group of park advocates in the summer. She said she's willing to meet with them again to determine "what are the objectives we are trying to meet here."

"Is a national park indeed the best way to do that?" Ms. Polak said in an interview. "They may not be aware of some of the other tools that can be used provincially."

The minister said there have been aspects of the park that have been a concern to some in the community, particularly around land use. And there are differences of opinion around what economic benefits a national park might bring. "I have spoken to some people who believe that once you name something a national park you suddenly have a Banff or Jasper or something like that. Well, it doesn't always follow."

Some of the area that would be included in the national park is currently under provincial authority. There is little to no budget for making sure this important stretch of land is not disrupted. Consequently, all-terrain vehicles run wild along the roads and trails. Cattle graze on much of the land, which is not ideal for many of the most vulnerable species trying to survive there. As a so-called "provincial protected area," the South Okanagan Grasslands is about as immune from detrimental activity as a Brazilian rainforest.

My sense is there is zero appetite in Victoria to do anything about the new demands for a national park. In fact, the government recently illustrated its disdain for those advocating for the park by naming one of its most vocal detractors, Greg Norton, to the Agricultural Land Commission's Okanagan Region panel.

If this isn't a conflict of interest, I don't know what is. I can just imagine the howls from some ranchers in the area had a park advocate been named to the same panel. It wouldn't be allowed to stand, and neither should Mr. Norton's appointment. There are parcels of the proposed park that are in the Agricultural Land Reserve; the ALR and its area commissioners would obviously have a say in the fate of those lands.

It's inconceivable that the government didn't know of Mr. Norton's virulent opposition to the park at the time of his appointment. He has been the face and voice of the "Grasslands Coalition" that has actively fought against it. If the people of the South Okanagan needed any more proof of where the Liberal's stand on Parks Canada's proposal, they have it now.

To this point, the provincial NDP has been disappointingly quiet on this issue. Perhaps now is the time for the party to speak up and hold the government to account for a patronage appointment that is clearly wrong. 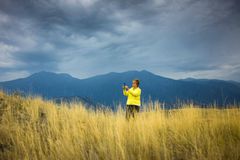 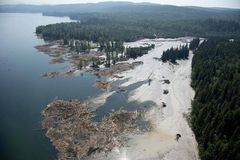 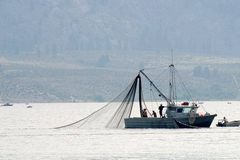