Fracking is a critical component of the B.C. Liberal government's aspiration to develop a liquefied natural gas industry, and the public has been assured the practice is safe and well regulated.

A recent B.C. Environmental Appeal Board judgment, however, chronicles a provincial decision-making process around a fracking operation that was informed by untried, slapdash science.

It is not the picture painted by Premier Christy Clark and her government. "We have the best record of fracking in the world," she told The Globe and Mail in October, 2013. "We're good at it."

The Fort Nelson First Nation, sitting atop of some of the province's most important shale gas fields, disagreed.

It spent two years standing before the appeal board, challenging a provincial water licence that had been granted to Nexen Inc.

The licence gave Nexen the right to take a large volume of water from a small lake over a period of several years to keep the company's hydraulic fracturing operations running.

Yet the province accepted Nexen's plans to take 2.5 million cubic metres of water a year out of the Tsea River watershed, 90 kilometres northeast of Fort Nelson, based on information the appeal board described in a 120-page decision as "novel," "arbitrary" and "untested."

The data were so flawed, it rendered the entire withdrawal scheme inaccurate. And, despite warnings from a front-line ministry biologist, there were no reviews regarding effects on fish and fish habitat undertaken by provincial experts or third parties.

When the region experienced a drought in the summer of 2012, the Calgary-based company continued to withdraw water – in violation of its licence – damaging the wetland vegetation and likely harming the fish in the watershed.

Fort Nelson Chief Liz Logan said her community of 800 people relies on the oil and gas industry for jobs. Last year they approved more than 100 projects that had been referred to them. "We are just making sure they do it right and responsibly."

The Nexen water licence is just one part of a much bigger picture. With all the development in the northeast corner of the province, the First Nations in the region say no one is looking at the cumulative effects that are destroying their traditional ways of living off the land.

"My family's cabin and dock is at a lake that people used to come from miles away to fish at. Now the water is yellow, you can't swim in it, you can't drink it, there are no fish in it any more," Ms. Logan said.

"Our elders told us, 'Something is wrong; you can't find moose.' It's so frustrating because nobody seems to be listening," she said.

But the environmental appeal board, in this case, sided with the band, revoking Nexen's water licence on Sept. 7.

"The panel finds that the licence should be reversed because it is fundamentally flawed in concept and operation," the decision states. "Further, the [government's] conclusion that the withdrawals would have no significant impacts on the environment, including fish, riparian wildlife, and their habitat, was based on incorrect, inadequate, and mistaken factual information and modelling results."

Eager to secure an LNG industry, the government was little inclined to question whether Nexen's water plans were sustainable. Internal government e-mails tabled during the hearing indicate Nexen's water licence was assured, and promised consultation with the Fort Nelson First Nation was a token gesture.

Steve Thomson, Minister of Forests, Lands and Natural Resource Operations, said in an interview the findings of the assessment board suggest the province's regulatory process needs to be strengthened, and promised a review to address the "significant gaps" that were found.

"We do need to look at the regulatory review process and ensure that it meets environmental standards, public expectations and that it deals with important First Nations relationships," he said. "The EAB said that test wasn't met."

More likely, however, his government will seek to appeal the panel's ruling. The conclusions of the board do not support the province's assurances that fracking in B.C. is safe and sustainable. 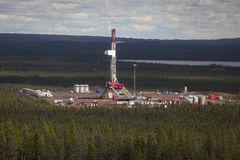 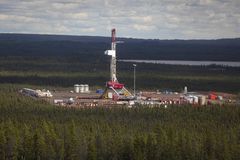 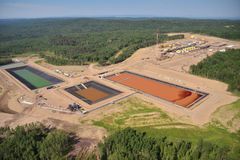