Ottawa is investigating controversial foreign worker permits that will allow as many as 201 Chinese miners to work a proposed project in northern British Columbia, a government spokeswoman confirmed Tuesday.

The company insists there aren't any Canadian workers trained in the specialized skills it needs.

Details of those permits became public earlier this month, prompting several unions to demand Canadians be hired instead. There have also been allegations that recruiters in China demanded fees for the jobs, which HD Mining has denied.

"The government is committed to ensuring that Canadians always have first crack at the jobs available in Canada," Ms. Queen said in an interview Tuesday.

"We are very concerned about this particular case, and we are investigating to ensure that the appropriate rules were followed."

Ms. Queen noted the temporary foreign worker program requires employers to demonstrate they have "exhausted all efforts" to find Canadians to fill jobs. That information is then used to assess the labour market and determine whether foreign workers are justified.

Both the company and the B.C. government have defended the use of temporary foreign workers, arguing they are needed to fill a shortage of skilled workers in the mining industry, particularly when it comes to the long-wall mining techniques proposed at Murray River.

HD Mining and the province have also insisted the work at this stage is temporary. If the mine is approved, they say, new training programs will ensure Canadian workers will be able to fill long-term, permanent jobs.

The Canadian Labour Congress on Tuesday joined the chorus of labour groups and unions criticizing the foreign worker permits, releasing a letter the group's president wrote to the federal Human Resources Minister.

In the letter, labour congress president Ken Georgetti condemns the entire temporary foreign worker program, warning of "frequent abuses" of migrant workers, and asks the minister to rescind the permits for the Murray River mine.

He also points to B.C.'s unemployment rate and suggested there are thousands of workers in B.C. and elsewhere in the country qualified to work in the mining field.

"A large pool of unemployed workers with skills suited for the mining sector exist in the province and across Canada," writes Mr. Georgetti, who was not available for an interview Tuesday.

The Murray River project is currently at the environmental assessment phase, but has received approval to take a sample in the meantime. The foreign workers will be involved in the sampling phase.

Jody Shimkus, HD Mining's vice-president of environmental and regulatory affairs, said there are currently no long-wall mining operations in Canada and, therefore, no workers with the skills needed for the project.

In long-wall mining, coal is extracted along a wall in large blocks and then carried out on a conveyor belt.

The majority of underground mines in North America use the room-and-pillar method, in which rooms are carved out of the coal bed.

"In order for us to utilize that equipment and that method of mining, we require miners that are skilled in underground, long-wall mining," Ms. Shimkus said in an interview.

Ms. Shimkus said the mine, if approved, would create 600 direct jobs, and she said the company intends to hire Canadians to do that work.

"It is very expensive to bring temporary foreign workers over here. You pay competitive salaries, pay for accommodations," she said.

"We have committed to a long-term training and transition strategy, because this company wants to transfer that skill set to Canadians. ... It takes a lot of time to set up training programs and to have the equipment here to do it."

HD Mining is a partnership between China-based Huiyong Holding Group, which owns a 55 per cent stake, and Canadian Dehua International Mines Group Inc.

The province's jobs minister, Pat Bell, was not available to comment Tuesday, but he has echoed the company's position.

The ministry declined to provide an update on that investigation Tuesday, but a spokesman noted details of such investigations are confidential, meaning any findings of the investigation may not be made public. 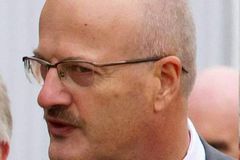 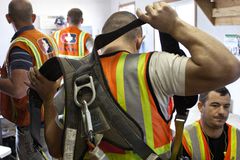 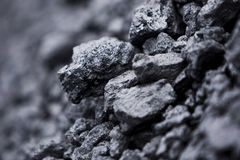 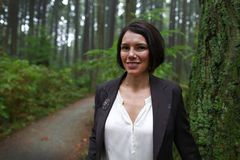