Ottawa has underestimated the risks to salmon habitat posed by a planned B.C. terminal to export liquefied natural gas, according to a new study that examines a sandy area called Flora Bank.

If Pacific NorthWest LNG constructs the $11.4-billion export terminal on Lelu Island, located next to Flora Bank, the environment in the Skeena River estuary will be damaged, the authors say in the peer-reviewed scientific journal Marine Ecology Progress Series.

Their paper argues that Flora Bank is a crucial nursery for juvenile salmon that spend weeks in and around the sandbar, which is visible only at low tide.

Located between Lelu Island and Kitson Island in the estuary of the Skeena River, Flora Bank is in an ecologically sensitive area where juvenile salmon seek sanctuary in eelgrass beds to hide from predators.

"This region of the Skeena River estuary serves as an extended stopover habitat for migratory salmon," said the 15-page study released on Wednesday. Jonathan Moore, a fisheries biologist who is an associate professor at Simon Fraser University, and Charmaine Carr-Harris of the aboriginal-backed Skeena Fisheries Commission are among the six co-authors.

In September, the federal Liberal cabinet approved construction of the northern B.C. terminal proposed by Pacific NorthWest LNG, which is led by Malaysia's state-owned Petronas.

Cabinet members based their decision in part on a detailed report by the Canadian Environmental Assessment Agency (CEAA), which ruled that the planned Lelu Island terminal and related infrastructure such as a suspension bridge over the northwest flank of Flora Bank would have a low risk of causing major ecological damage.

CEAA said Wednesday that it carried out a diligent assessment of the facts and evidence.

"The Canadian Environmental Assessment Agency conducted a rigorous and thorough science-based review, taking into account the views of scientific experts, including material developed by Dr. Moore, as well as information provided by the Skeena Fisheries Commission, and comments from the public and indigenous groups," CEAA said. "The Government of Canada recognizes that the Skeena River estuary and the eelgrass beds on Flora Bank near the project site are important habitat for many species, especially juvenile salmon."

In their research, Dr. Moore and the co-authors tracked more than 250 young salmon. Some pink, coho and Chinook salmon fed and resided in the estuary for several weeks. Some of the juvenile salmon spent months in the estuary, which is under the jurisdiction of the Port of Prince Rupert and part of the traditional territory of the Allied Tribes of Lax Kw'alaams.

"Alteration of this habitat has greater risks to salmon populations than assumed in the environmental assessment," according to the paper published in Marine Ecology. "These findings add to previous research that discovered that this region is a migratory bottleneck that supports all species of eastern Pacific salmon and populations from throughout the vast Skeena River watershed."

Dr. Moore, who is the Liber Ero Chair of Coastal Science and Management at SFU, said he finds it scary when contemplating the fate of Flora Bank and Lelu Island.

"Flora Bank is an important nursery habitat. Our study shows that the salmon are hanging out, residing and growing there," he said in an interview. "Science is incremental. The more we look, the more we learn, and this project poses great risks to salmon populations throughout the Skeena. The biggest problem with risks in the LNG plan is the location. It's scientifically unfortunate."

The Petronas-led group is scrutinizing the federal government's September approval decision that attached more than 190 conditions, including mitigation measures required to protect fish. 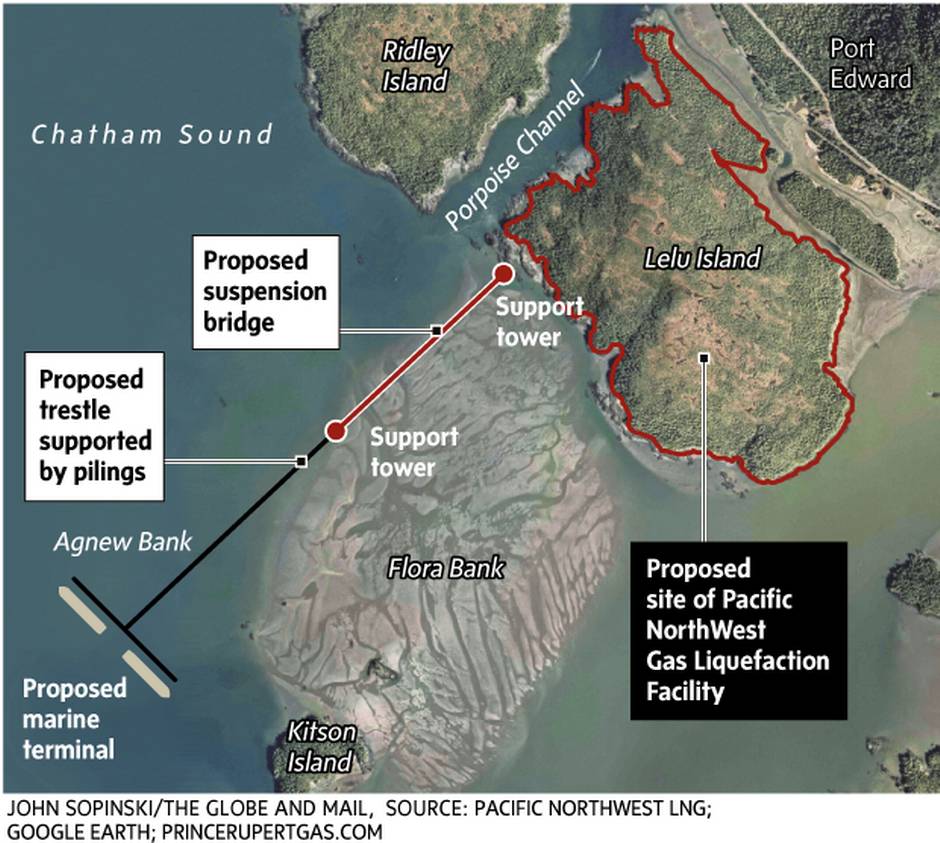 Environment Minister defends cabinet approval of B.C. LNG project
October 27, 2016
Follow Brent Jang on Twitter @brentcjang
Report an error Editorial code of conduct
Due to technical reasons, we have temporarily removed commenting from our articles. We hope to have this fixed soon. Thank you for your patience. If you are looking to give feedback on our new site, please send it along to feedback@globeandmail.com. If you want to write a letter to the editor, please forward to letters@globeandmail.com.
Comments