Investors who buy housing and leave it empty in a city push up both real estate and rent costs, making older homeowners more wealthy and renters significantly worse off, concludes a new study by a pair of professors from Vancouver and New York.

The city ends up worse off because the negatives for some groups are higher than the positives for others, University of British Columbia professor Jack Favilukis said.

"The effect on the losers" – renters and younger homeowners – "outweighs the effect for winners, the older homeowners," he said.

His study appears as Vancouver Mayor Gregor Robertson pitched a move this week to require developers to market their condos to local residents first. That's the latest effort from the city to grapple with soaring real estate and rent costs – frequently blamed on offshore buyers – on top of plans to restrict short-term vacation rentals and a new tax on vacant housing.

Mr. Robertson's motion on the "locals first" presales passed, meaning staff will explore mechanisms for such a requirement. But it can be imposed only on new condo projects that are going through a rezoning, which gives the city some leverage to negotiate conditions.

The mayor acknowledged that the presales initiative will not reduce prices, but added it will improve access for local residents.

Prof. Favilukis and Stijn Van Nieuwerburgh, a professor at the New York University Stern School of Business, described Vancouver and New York as "two poster children of the [out-of-town] investor debate" that prompted them to develop their model of investor impact.

The effects are especially noticeable in central cores.

Prof. Favilukis specified that the investors who were the subject of the paper's attention were any people who live outside the metropolitan area and do not participate in the local economy.

That means they leave their residence empty for most or all of the time or have family members living there, but the primary money-earner is elsewhere, not paying income tax locally.

These people could be anywhere, including China, the United States or Ontario. He said investors who buy a property but rent it out to locals do not affect property prices or rents the way out-of-town investors do by leaving units empty.

He also noted that out-of-town investors have some positive effects on the economy, creating jobs and increasing wages as workers shift to higher-paid construction.

Prof. Favilukis said there are two approaches to reducing the negative impact.

"The best response would be to increase supply," he says.

The study's model assumes supply does not keep up with demand when the 10-per-cent wave of investors arrives, based on what happened historically, he said.

But if it is not possible to increase supply enough, a city can turn to some form of tax to mitigate the negative impact.

Prof. Favilukis said Vancouver's vacancy tax, which non-resident homeowners will have to pay for the first time next year, is a decent effort.

However, he said, the recently instituted 15-per-cent tax on property sales to foreign buyers is "not great."

"It misses anyone who has bought in the last 15 years. Anyone already taking up space doesn't pay this tax."

Instead, he said a proposal for a tax based on local income that a group of UBC and Simon Fraser University professors made last year would be better.

That proposal suggested applying a high property tax on all homeowners, which would be reduced if they could demonstrate they were earning local income and paying local taxes.

Offshore investors who rent out their properties would get the reduction. 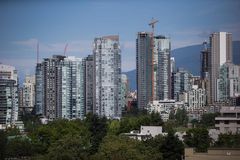 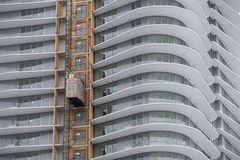