As project manager of Gwaii Haanas National Park Reserve, which is located in a remote archipelago off B.C.'s northwest coast, Laurie Wein has a simple job title.

But what she is doing in the park is far from ordinary.

Ms. Wein, a soft-spoken woman with a quick laugh, is waging war against rats.

"They are really neat operations because there is so much up-front planning. We do two years of planning before we go. … There will be helicopters, 20 or 30 people on the ground," she says, sounding more like a combat veteran than a Parks Canada bureaucrat.

And she is ruthless, aiming for total eradication of rats on six islands.

Two islands were done last year and the campaign seems to have resulted in complete victory.

"We check quarterly. Still no evidence of rats [on treated islands]. So I think they are done. But we will keep checking because if you miss one pregnant female … that's all it takes for them to get re-established," Ms. Wein says.

For most of the past 14,000 years, Haida Gwaii was rat free. Then the rats arrived. They may have come aboard the ships of explorers and traders out of Europe, perhaps as early as the 1700s, or crept in later with the first settlers and loggers.

However they got here, by abandoning ship or scurrying down anchor lines or hiding out in trade goods, the rats moved ashore and began to spread.

They did the most damage to seabird nesting colonies, which can be found scattered on 200 islands, islets and rocks in the archipelago, a rugged wedge of land shaped like a spear point in the Pacific just south of the Alaska Panhandle.

On the islands, seabirds breed in places selected because they are close to rich feeding areas, and because they have – until relatively recently – few predators.

The birds nest openly on the ground, or in the case of Ancient Murrelets, in burrows, providing easy targets for the rats, which devour the eggs and kill young birds, attacking even when the parents are sitting on the nests.

As the rats spread from island to island, the Haida Gwaii seabird populations began to plummet.

"Like this," says Ms. Wein, making a steep diving motion with her hand.

That collapse has set in motion a chain of environmental events – a cascading effect – in which other parts of the ecosystem have also felt the shockwave.

Anne Salomon, a Simon Fraser University professor, has been looking, for example, at how the decline of seabirds has affected the marine environment.

Her theory, now being tested in a series of experiments, is that the loss of the birds triggered a change in the marine ecosystem, affecting both shellfish and seaweed productivity. The relationship is complex, but the result is simple enough to understand: The rats have toppled a line of environmental dominoes in Haida Gwaii.

So Ms. Wein figured, why not kill the rats? And that's what Parks Canada has set out to do.

After succeeding on two smaller islands, Ms. Wein is now working on a much larger campaign, hoping to cut off rats before they spread to Ramsay Island, a major bird nesting colony that supports 18,000 Ancient Murrelets and 13,000 Cassin's Auklets.

The plan is to use helicopters to drop poison baits all over Murchison and Faraday islands, at a time when the seabirds aren't there. Done correctly, they should be able to eradicate the rats over the fall and winter, without accidentally killing any birds.

"Ramsay is a bird hotspot. It doesn't have rats now, but it is surrounded by islands with rats, so it's only a matter of time before they get there. Our goal is to eradicate the rats on those outlying areas, and create a buffer," Ms. Wein says.

Rats have run freely over Haida Gwaii for a century or more, but they now have a powerful enemy in Ms. Wein and her colleagues at Parks Canada.

The project manager shakes her head decisively when asked if the rats have a chance of survival on the four islands to be hit next.

"No. We are going to eradicate them. We don't have any other choice," she says.

On Haida Gwaii, where the fate of seabird colonies and the health of the ocean is at stake, failure is not an option.

From a Victoria photographer, a celebration of the planet
June 3, 2012 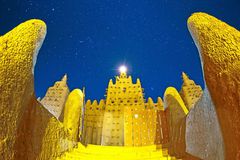 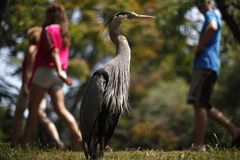 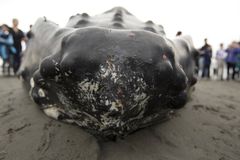