The chair of the Vancouver parks board says he wants a decision on whales and dolphins at the aquarium to be made before the November civic election – and for it not to become an issue on the campaign trail.

It remains unclear whether the matter can be resolved that quickly, or whether it will fall to a new group of commissioners.

The debate over beluga whales and dolphins at the aquarium was renewed this week, with some commissioners and the mayor voicing their opposition to cetaceans being held in captivity. The prospect of a citywide referendum has been floated, but civic officials say it's more likely the board will make the decision.

Exactly when, and by which board, has been the source of some uncertainty. Only one of the seven commissioners has committed to running for re-election, with five saying they will step aside and one still undecided. A bylaw involving the aquarium had been expected to be reviewed by the board next year.

But Aaron Jasper, the board's chair, in an interview Thursday said he doesn't think it's fair to "rag the puck." He said the aquarium and the public should have their say in a timely manner.

"It's my expectation and I think probably the expectation of the majority of the commissioners that this issue needs to be resolved one way or the other prior to the election in November. It's my intention that this will not be an election issue," he said.

Mr. Jasper, who is not seeking re-election after two terms, said the five Vision Vancouver commissioners discussed the whales and dolphins issue from time to time. He said he personally still wrestles with the ethics of keeping large marine mammals in captivity.

"They say the road to hell is paved with good intentions," he said.

He said the issue has gained steam in recent months because of the documentary Blackfish, which examines the captivity of orcas. Commissioners Constance Barnes and Sarah Blyth have said the film prompted their opposition to whales and dolphins at the aquarium.

Mr. Jasper said he heard little from the public about the issue in his first term. But the number of e-mails has picked up in recent months and an online petition has garnered more than 13,500 signatures – though at least some appear to be from outside Vancouver, if not outside British Columbia.

"It's gone beyond just a small – some would say radical – group of animal rights activists, to a broader consensus of the public that say maybe it's time to re-evaluate," he said.

Niki Sharma, a commissioner who plans to run for a council seat, said it's up to government to respond to issues as they come on the public radar.

"[There has been] more public concern coming up with this issue; it's on the forefront of people's minds," she said in an interview. "It just came as it came, you know?"

She said she questions whether cetaceans should be held in captivity in this day and age.

The aquarium has said its beluga whales and dolphins help educate the public. It has said the cetaceans receive "exceptional care" and that the facility is the only one in the country that can provide a long-term home for marine mammals deemed non-releasable by government authorities.

John Nightingale, the aquarium's president and chief executive officer, has expressed surprise and frustration over the criticism. He has questioned whether the aquarium – which is undergoing a $100-million revitalization and expansion – can remain viable if the whales and dolphins are phased out.

Trevor Loke, the only commissioner who has committed to running for re-election, said he has not made up his mind on the issue.

John Coupar, one of the two Non-Partisan AssociationNPA commissioners, took a similar stand. Mr. Coupar is still debating whether to seek re-election.

Melissa De Genova, the other NPA commissioner, said it's difficult to offer an opinion at this point. Ms. De Genova, who is running for a council seat, said it might be up to a different group of commissioners to make the decision. 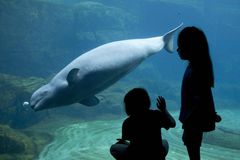 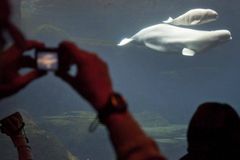 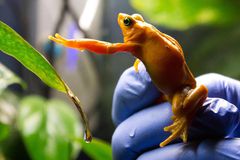 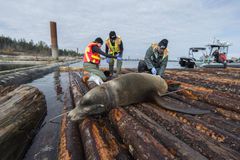 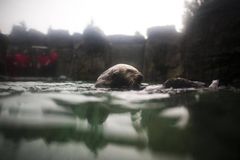