The only man convicted in the 1985 Air India bombing has been cleared to live at home after parole officials concluded he has renounced the cause that inspired the attack, but they are concerned about triggers inspiring him to new violence.

"If there were a threat to your Sikh cause, your risk for future based group violence is high. There is no information that indicates your political cause is under threat," the newly released parole-board document says, referring to Inderjit Singh Reyat.

Mr. Reyat is to be closely monitored until August, 2018, when his sentence for perjury in the trial of two other men accused in Air India bombing ends. After that, he will be beyond the reach of the parole board and Corrections Canada.

Opinion: While the Air India convict is freed, I will remember a young victim

Mr. Reyat, who admitted he acquired parts for the bombs used in the attack that killed 331 people, has been allowed to leave a halfway house and live at home after the new ruling.

On Wednesday, parole-board spokesman Patrick Storey said Mr. Reyat is being closely monitored by a parole officer in contact with Mr. Reyat's family, employer and fellow religious worshippers, among others. The parole officer will have regular conversations with those parties.

"They use the strategies of supervision to keep their fingers on his pulse as best they can," Mr. Storey said.

The decision from the Parole Board of Canada says there have been no indications Mr. Reyat has been communicating with "negative associates who might hold extremist views or be involved in political activity" since he was released to reside at a halfway house in January, 2016.

The decision says Mr. Reyat has been taking psychological counselling to address "cognitive distortions and violent behaviour," and has been "highly accountable" for his activities and whereabouts.

Also, there is no evidence that he has associated with his co-accused nor indications that he wants to do so.

"You now express views against violence," the report says.

Before the perjury conviction in 2010, Mr. Reyat had served more than 20 years in prison after pleading guilty to manslaughter in connection with bombs planted on a pair of Air India flights that left Vancouver.

One device exploded on Air India Flight 182 near Ireland, killing 329 passengers and crew. The other killed a pair of baggage handlers at Narita airport in Japan.

Mr. Reyat was subsequently convicted of perjury linked to the acquittal of two co-accused in the case involving actions spurred by the struggles for an independent Sikh homeland.

"File information indicates that as a result of your committing perjury, the co-accused were not convicted of any criminal offences," the parole board decision notes.

In a statement Wednesday, the RCMP said – without providing details – that they are still on the Air India case. "While the terrorist attack on the Air India flight took place over 30 years ago, we remain committed to holding those responsible accountable," the statement said. "Our commitment to the families of the Air India victims has not changed."

The Mounties declined to quantify the resources on the case. "As with any investigation, we have the ability to add resources depending on what information has been brought forward."

Former B.C. premier Ujjal Dosanjh, who has criticized the idea of an independent Sikh homeland, said Wednesday it was striking that the parole board was relying on the assertions of someone convicted of perjury.

'"We don't have any really good systems, anywhere in the world to determine if people abandon those ideologies aside from their own word when they tell us, 'Oh yeah. I don't believe in that any more,'" Mr. Gurski said from the Hague where he is a visiting fellow at the International Centre for Counterterrorism. "We know that ideologies are very hard to get rid of." 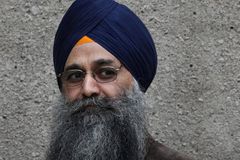 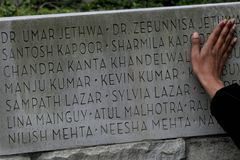 Air india [redacted]: An artistic collaboration on the 1985 tragedy
November 1, 2015 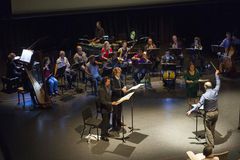