A homeless patient has spent more than 470 days at Nanaimo Regional General Hospital at a cost of more than $700,000 because there isn't a suitable place that can serve as her new home.

It costs about $1,500 a day for the acute-care bed used by the middle-aged woman, who has a brain injury as well as mental-health, behavioural and addiction problems, said Nanaimo General's administrator Brenda Uhrynuk.

To house the woman in an appropriate residential-care facility would cost a minimum of $200 each day, according to Vancouver Island Health Authority spokeswoman Shannon Marshall.

The woman's physician, Tony Lane, said it has been frustrating for both himself and the patient, who has been "agitating to get out."

"No one believes anyone would be in an acute-care hospital this long," said Dr. Lane, who has practised medicine in Canada for 42 years. "Over 400 days in a hospital, come on, it's inhumane."

At Nanaimo General alone, there are at least six other hard-to-house or multiple-needs individuals taking up acute-care beds, said Ms. Uhrynuk, who is also VIHA's executive director of medicine.

Beyond the cost, the hospital beds filled by the hard-to-house could have been used by many other patients. The average patient stay is about 10 days, Ms. Uhrynuk noted.

At Nanaimo General, sick adults have been placed in the children's ward because of a bed shortage in adult wards.

The housing and support needs of the patients have spurred the creation of VIHA's hard-to-house committee to find solutions. "We're trying to get ahead of this," Ms. Uhrynuk said.

While the Ministry of Health doesn't have hard data on how many hard-to-house individuals are taking up hospital beds in B.C., the ministry, health authorities and care providers are working together to improve services for this particular population, wrote Ministry of Health spokeswoman Michelle Stewart in an e-mail response.

"We recognize that a limited number of patients with multiple complex issues, such as cognitive impairment, mental health and substance use and/or behavioural issues can be extraordinarily difficult to place in an appropriate setting," Ms. Stewart wrote. "While an acute-care setting is not ideal, it does ensure that these patients are safely cared for."

She added that patients are not admitted to hospital if the prime reason is homelessness.

When the Nanaimo woman was admitted to the hospital in 2010, she was homeless after having "eloped" from a seniors' full-care facility, Ms. Uhrynuk said. In her mid-50s, the woman ran away from the care-home because she didn't like living with seniors. That also makes her an unsuitable candidate for an assisted-living facility where semi-independent seniors reside, Ms. Uhrynuk said.

"She needs to be in a secure facility, with help for meals and everyday living," Dr. Lane said.

Another possible option is a mental-health and addictions facility, said Ms. Uhrynuk, a former critical-care nurse. But because the woman's addiction is under control, she doesn't meet admittance requirements.

"She has needs that don't fit in a single facility. It's like putting a square peg in a round hole," Ms. Uhrynuk said.

The woman, who has no relatives in the Nanaimo area, does have a sibling in Victoria, where Dr. Lane said she could be moved. But after discussions with mental-health and care-facility personnel in Victoria, it was determined there was nothing suitable there.

"At this point, there is nothing for her. We will have to create something," Ms. Uhrynuk said. "Our responsibility is to find her something on Vancouver Island."

As Day 500 approaches, Ms. Uhrynuk doesn't know when the woman will be released from Nanaimo General. 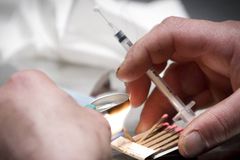 This year, beleaguered B.C. hospital resorts to its lobby for emergency care
January 4, 2012
Care-home operator to lay off unionized staff
January 8, 2012
Follow us on Twitter @GlobeBC Opens in a new window
Report an error Editorial code of conduct
Due to technical reasons, we have temporarily removed commenting from our articles. We hope to have this fixed soon. Thank you for your patience. If you are looking to give feedback on our new site, please send it along to feedback@globeandmail.com. If you want to write a letter to the editor, please forward to letters@globeandmail.com.
Comments