Shortly after his arrest in February, 2002, serial killer Robert Pickton bragged to a cellmate that he had intended to kill one more woman, his 50th, and then stop for awhile. He held up five fingers of his right hand and made a zero with his left. "I wanted one more [to]make the big 5-0," Mr. Pickton said, giggling.

Nine years later, police are confident they have identified 33 of Mr. Pickton's 49 victims.

There were no names, no bodies, no crime scene. Just the words of a serial killer.

RCMP Inspector Gary Shinkaruk has not forgotten what Mr. Pickton said. "There is no reason at this point that I know of not to believe him," he said. "When a serial killer tells you he's killed this many people, I think it is responsible for us to look at that."

Insp. Shinkaruk is in charge of the Missing Women Task Force, a joint initiative of the RCMP and Vancouver Police Department that started in early 2001.

With a provincial inquiry into the police investigation of Mr. Pickton to begin later this spring, the task force is busy responding to requests for decade-old documents. Six people - of the 50 members of the task force - have been assigned to that job. But at the same time, the task force is pushing ahead vigorously with its search for the missing women, Insp. Shinkaruk said, trying to gather information for the families of victims and identify anyone else involved in the crimes.

"Our investigation has never stopped," said Sergeant Dan Almas, who joined the task force on Feb. 6, 2002, the day after police first went onto the Pickton pig farm.

After Mr. Pickton was convicted of second-degree murder of six women in December of 2007, the task force continued to prepare for the possibility of a second murder trial in the cases of 20, and possibly more, women. Crown prosecutors decided they would not bring any more murder charges against Mr. Pickton after the Supreme Court of Canada last summer upheld the trial results. The prosecutors had decided that additional murder convictions would make no difference, as he was already serving the maximum sentence of life in prison.

The task force then shifted its focus to those on the official missing-women poster, which features thumbnail photos of each woman and the day she was last seen. After spending around $122-million in the first decade, the task force this year has a budget of about $6-million.

"We are conducting interviews, inquiries and examinations of records," Sgt. Almas said. Teams of investigators have undertaken full homicide investigations into each of the 31 women on the official poster still unaccounted for, as well as a handful of other missing-women cases. They are trying to figure out if the 16 other women were on the poster.

The task force is also taking a second look at the massive collection of items seized during the raid of Mr. Pickton's pig farm. With advances in DNA analysis, technicians can extract information from smaller and smaller samples. Police are reassessing their thinking about some key items from the farm as they search for new investigative leads.

The task force has dedicated considerable resources over the past year to reaching out to the families of the missing women. Several weeks before the ruling, task force members met with representatives from the coroner's office, the prosecution, victims services, parole services and federal corrections, trying to anticipate all the questions that families might have. They compiled binders with evidence in the case.

Once the Supreme Court issued its ruling, eight teams, each with two police officers and a victim services worker, fanned out across the country and into the United States to sit down with families.

Some families wanted more detail, some wanted less. The task force teams responded to queries about issues such as parole for Mr. Pickton and death certificates. They left it up to the coroner to talk about whether human remains, which were minuscule or in some cases non-existent, should be returned or cremated.

Despite the task force's persistence, Insp. Shinkaruk did not indicate that more arrests are imminent. Mr. Pickton had told his cellmate that, if he was convicted, "about 15 other people are gonna go down."

Police need evidence, not speculation, Insp. Shinkaruk said. "We do not have evidence that would support laying a charge against any other individual at this time," he said. Police will recommend criminal charges "if and when we have the evidence."

Insp. Shinkaruk acknowledged the task force may one day close down, even if no further arrests are made. But the investigation has no deadline.

"We're going to continue to investigate the missings to the nth degree that is humanly possible," he said. They will stop, he added, "when there are just no more stones to unturn."

Police debate what to do with items seized from Pickton's farm
March 25, 2011 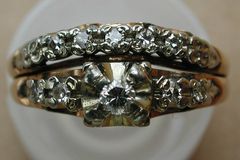 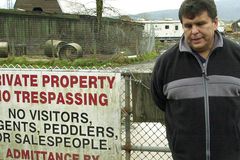 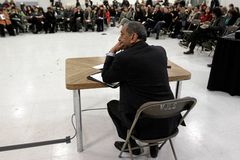 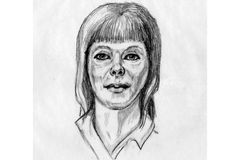