British Columbia has one of the most valuable reservoirs of health-care data in the world. Yet, because of stringent application of the province's privacy laws, medical researchers say they find it nearly impossible to get at.

Now, moves are afoot to open up B.C.'s rich, digital treasure trove to the research community, a step that advocates say could save countless lives and hundreds of millions of dollars a year.

So far, the government appears receptive to the idea, despite concerns of civil libertarians and the province's own Information and Privacy Commissioner that patient rights may be compromised by easier access to medical records.

"Instead of asking why should we open things up, what we really want to ask is, why shouldn't we?" observed Margaret MacDiarmid, Minister of Labour, Citizens' Services and Open Government.

"It's a matter of finding a way to move this forward, and I am very excited about it. We need to get the conversation going."

The minister's views, however, put her and research proponents on a potential collision course with B.C.'s Information and Privacy Commissioner, Elizabeth Denham.

In an e-mailed statement Wednesday, Ms. Denham said she does not believe the current system is broken.

"We must ensure robust measures are in place to protect personal information where data is used. The task is not easy."

The drive for better access is spearheaded by Liberal backbencher and former health minister Colin Hansen, who lost his finance portfolio last year over the HST controversy.

Mr. Hansen said there is enormous frustration among B.C. medical researchers at the hurdles they face trying to retrieve information for clinical studies and investigations.

Privacy issues bog the process down, he said. "I think there is a way of streamlining that, without compromising privacy."

Although other provinces do a better job of assisting researchers, British Columbia has one of the best medical databases in the world, Mr. Hansen said.

Unlike anywhere else, B.C. has digitalized records of every prescription filled by a pharmacist since 1995, all doctor billings, hospital admissions and treatments from the same period, and results of all blood tests done since 2002.

Being able to establish linkages among this wealth of data would be extremely beneficial to researchers, said Mr. Hansen, provided the information was "anonymized," or stripped of all patient identification, so that individual privacy is not compromised.

Outcomes of medical procedures and adverse drug reactions would be easier to track, he said.

"By systematically looking at our data, we could discover many of those reactions before they become problematic. … It would save literally thousands of lives."

Julio Montaner, director of the renowned B.C. Centre for Excellence in AIDS/HIV that has pioneered HIV treatment for patients around the world, says researchers are desperate for better access to health-care data.

"Collecting the data and throwing it into a vault is pretty short-sighted," Dr. Montaner said. "I don't want to minimize the need for safeguards, but we have to have a simplified method so that Julio Montaner can access X, Y and C, without having a separate, three-year discussion with the data stewards about each one."

Privacy roadblocks make it difficult to track his own patients, he said. "If I put 20 people on a new [anti-HIV]regimen, and they suddenly go missing, I need to know what happened to them. Did they all go to Palm Springs, or to the graveyard?"

Richard Rosenberg, professor emeritus in computer science at the University of B.C. and a spokesman for the B.C. Civil Liberties Association, said patients should have the right to determine whether their medical records can be used for research.

"The argument shouldn't be that because we're doing good work, we should have access to whatever we want." 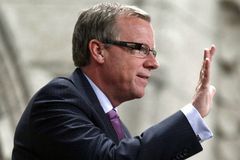 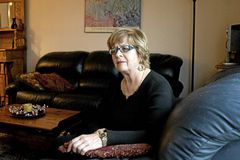 B.C. anesthesiologists to stay at surgical posts
May 8, 2018 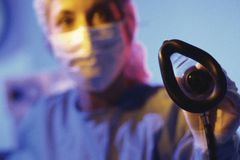