Some Vancouver-region police and fire chiefs have entered the debate over a proposed new tax to pay for regional transit expansion, saying a Yes vote in a plebiscite on the issue would lead to better roads and light rail that could help save lives and fight crime.

But as the emergency services commanders, including Vancouver's police chief, waded into the controversial political issue on Wednesday, the RCMP, which polices several Lower Mainland communities, said it was not appropriate to intervene.

"It's not the RCMP's practice to attempt to influence public opinion on any referendum or plebiscite. We remain neutral on how the money is raised," Inspector Ed Boettcher, an RCMP spokesperson, said in an e-mail exchange with The Globe and Mail.

That view was echoed by the police department for the district municipality of Delta. "Once the citizens of British Columbia have voted on the issue, and the outcome and its potential impact on the community of Delta is known, we will adjust our policing model as necessary," Acting Sergeant Sarah Swallow said in a statement.

That hands-off policy was at odds with the advocacy of the police chiefs of Vancouver and New Westminster, as well as the fire chiefs of Surrey and Vancouver. At a news conference in Surrey, they called for a Yes vote in the plebiscite on a proposed 0.5-per-cent regional addition to the 7-per-cent provincial sales tax. More than 1.5 million ballots are being sent to registered voters next week. Voting ends in May, and the results are expected in June.

The tax would help raise money to pay for a decade of transit expansion that would include a new Vancouver subway, light rail in Surrey, as well as improvements to roads.

He said that new road development is required to combat gridlock as the population of the Lower Mainland increases, and that projects linked to the planned decade of development would cut regional congestion by 20 per cent.

"We believe late-night transit will provide a means for people to disperse and get home safely," Chief Chu said. "That will improve public safety." He said his department is also worried about congestion on roads interfering with police travel times to emergency calls.

Chief Chu said he decided to take a stand on his own without the urging of Vancouver Mayor Gregor Robertson, chair of the Mayors Council on regional transportation, who attended the event. Chief Chu said he would vote Yes, but he was not ordering officers to do so.

Dave Jones, the New Westminster police chief, said that his role is inevitably "quasi-political at times" and that his department has concluded dealing with congestion is a better option for improving service than hiring more officers.

Jordan Bateman, the B.C. director of the Canadian Taxpayers Federation who has become the key spokesman for the No side, accused the Yes side of engaging in the "politics of fear" with the statement by police and fire commanders.

"In this campaign, [the Yes side have] threatened economic disaster, climate disaster, increased cancer rates and, now, apparently loss of public safety," Mr. Bateman said in a statement. "It's fearmongering and we think voters will see through it." 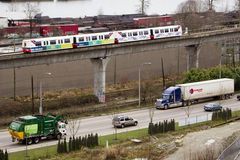 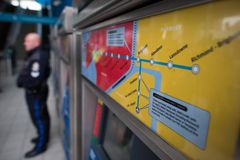 Time may not be on side of Yes campaign as mailing of B.C. transit-tax ballots nears
May 12, 2018 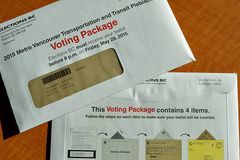