Two women who served as the public faces of the Vancouver police and the RCMP during the forces' investigations of missing sex workers and Robert Pickton won't be called to testify at the public inquiry into the case.

One of the women, RCMP Corporal Catherine Galliford, made headlines last year with explosive allegations of widespread sexual harassment within the national police force. At the time, Cpl. Galliford said she was eager to testify about why she believed the Mounties' failed to catch Mr. Pickton.

The other, Constable Anne Drennan of the Vancouver police, is best known for repeatedly telling the public in the late 1990s that there was no evidence a serial killer was targeting sex workers, even though investigators believed that's exactly what was happening.

Commissioner Wally Oppal issued a written statement Wednesday that listed Cpl. Galliford and Constable Drennan among a dozen witnesses who won't be asked to testify, despite requests from participants that they be called. Mr. Oppal said he would explain his reasons at a later date.

"The commissioner is a very experience jurist, and I have total confidence that his ruling will allow him to do what he feels he needs to do," Mr. Vertlieb said in an interview outside the inquiry.

Mr. Oppal's statement said Cpl. Galliford is welcome to participate in a less-formal study commission planned for next month, which will examine broader policy issues related to missing and murdered women.

Cpl. Galliford couldn't be reached to comment on her participation in the inquiry.

Constable Drennan was a spokeswoman for the Vancouver police and handled media calls about the missing women investigation until she was reassigned in June, 2001.

She repeatedly denied there was any evidence that a serial killer was targeting sex workers in the Downtown Eastside, even as investigators on the ground actively investigated that theory.

Constable Drennan continued those denials even as a geographic profiler on the force prepared reports that concluded a serial killer was the only explanation for a sudden increase in the number of missing sex workers, and after the force received several credible tips that Mr. Pickton was taking prostitutes to his farm in Port Coquitlam to be butchered.

The inquiry has heard Constable Drennan was following the direction of senior officers within the department's major crime unit.

Cpl. Galliford had limited involvement in the investigation that preceded Mr. Pickton's arrest.

The RCMP and the Vancouver police formed a joint task force in 2001 to review missing-person files involving sex workers, and Cpl. Galliford joined as spokeswoman in December, 2001 – two months before Mr. Pickton's arrest.

Still, Cpl. Galliford has publicly alleged she saw enough to know the RCMP dropped the ball on the case.

She told reporters last year that after reading the RCMP's file on the case, she believed police could have raided Mr. Pickton's farm in Port Coquitlam as early as 1999. Instead, the Mounties didn't arrive until February, 2002, when an officer who wasn't connected to the missing women investigation obtained a search warrant on a tip about illegal firearms.

She made the comments in a series of media interviews last year in which she came forward with allegations of persistent sexual harassment during her 20 years on the force. Cpl. Galliford, who says the experience left her with post-traumatic stress, outlined the allegations in a 115-page internal complaint with the RCMP, which the force is now investigating.

The witnesses that Mr. Oppal rejected include Ross Caldwell, one of the informants that implicated Mr. Pickton; Lynn Ellingsen, a friend of Mr. Pickton's who became a star Crown witness at his trial; and Peter Ritchie, who was Mr. Pickton's lawyer when he was charged with attempted murder in 1997 and later represented him at his murder trial.

Meanwhile, the inquiry continued to hear evidence Wednesday from senior Vancouver police officers who were overseeing the investigation into missing women in the 1990s.

Retired inspector Fred Biddlecombe, who was in charge of the Vancouver police force's major crime unit in the late 1990s, has faced repeated criticism that he ignored warnings a serial killer was preying on sex workers and, as a result, didn't give the investigation the attention it deserved.

Instead, Mr. Biddlecombe assigned officers to investigate other theories to explain the disappearances. For example, one investigator spent two months searching indigent burial records to determine whether any unidentified remains were, in fact, those of Downtown Eastside sex workers.

"I'd characterize that as a wild goose chase," Jason Gratl, a lawyer representing the interests of Downtown Eastside residents, told Mr. Biddlecombe during cross-examination.

"It's an investigative lead that had to be followed up," Mr. Biddlecombe replied.

"It was an investigative lead that was focused on your pet theory that the women would be found because they would be transient," continued Mr. Gratl, "or, as you put it in your memo [in May of 1999]they had died because of the deaths attributable to AIDS or drug overdoses."

"That was one possibility, yes," Mr. Biddlecombe replied. "It was not a pet theory. It was an investigative process that had to be looked at." 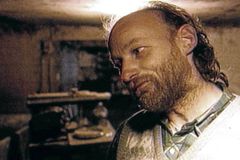 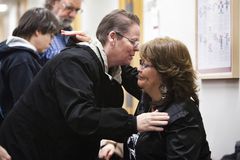 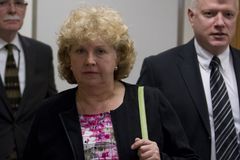