The B.C. Liberals and opposition New Democrats both claimed the high ground Sunday, arguing over which party is the most positive as the NDP launched a pre-election TV ad campaign featuring Leader Adrian Dix.

The 44-second ad was dubbed the kickoff of the NDP's TV ad war. It is to be aired in such communities as Kelowna, Kamloops and Prince George to target Liberal-held ridings. The ad features a beaming Mr. Dix in a park, apparent factory and office, saying that while the Liberals rely on "personal attacks" he plans to act on issues important to viewers' families such as skills training and reinvesting in the environment.

In a comment that echoes Mr. Dix's repeated characterization to reporters of the looming campaign, the ad closes with the line: "Not just change, but change for the better, one practical step at a time."

The ads, which begin airing on Monday morning, come as Mr. Dix has been targeted with negative ads by a group of B.C. Liberal supporters headed by Premier Christy Clark's former adviser, Jim Shepard. The co-chair of the NDP's election platform committee, however, said the party is staying positive.

Co-chair Carole James, a former party leader, said on Sunday that the NDP believes the public is wary of negative ads, and that the party won't be bumped from being positive. "Lots of people will say it's a risk to not go negative, but it's a risk worth taking and a risk I believe the public is ready for."

She said the party did not have polling to back that up, but that the NDP's enduring lead over the Liberals in general polls suggested the approach would pay off.

Ms. James, who was defeated by the B.C. Liberals in 2005 and 2009, said there was a "mixed approach" of positive and negative in her campaigns. "This is a different approach."

Footage for the ads was shot last fall, she said, reflecting the long lead time for the campaign. The party declined, through a spokesperson, to say how much they were spending on their ads.

Meanwhile, Transportation Minister Mary Polak, designated to speak on Sunday for the government, said the Liberals had been more positive in their recent campaign ad featuring Ms. Clark because they didn't specifically refer to the NDP in a scolding manner.

That ad – for which ad-buy costs were not available from the party – has Ms. Clark standing in a hallway, talking about the economy. "I believe if we aim high, B.C. can have the most secure economy in Canada," says the Premier, touting commitments to increase international trade, helping small businesses and improving skills training.

"Creating jobs is the best thing we can do for families. That's what I believe and that's what I work for every single day."

"If you compare the two, his is the only one that makes a negative comment about the other team," said Ms. Polak. "It's also pretty short on specifics. Our message is one where the Premier talks about what she believes is important for the future. There is specific reference to initiatives."

The minister said the NDP may be talking positive, but are not doing so in their ad. They are describing the Liberals "negatively."

But Ms. Polak, who distanced herself from third-party anti-Dix ads, did not rule out negative Liberal campaign ads in future. "You can't predict how the campaign is going to unfold and what you may have to respond to in the future," she said.

The weekend also saw an appearance, in print, of Brian Topp, the former candidate for the leadership of the federal New Democrats, who has been working behind the scenes as director of the B.C. NDP campaign.

In an e-mailed fundraising pitch, Mr. Topp said the party raised $200,000 for its election-readiness fund with a previous appeal, allowing regional organizers to be deployed to put local campaigns into a state of readiness. The party, he said, needs more money "to put our message on the airwaves."

Mr. Topp writes that many voters haven't fully committed to the NDP as the agent of political change they are seeking. "This presents a risk to us being able to bring the change for the better we all need."

The NDP declined to make Mr. Topp available for an interview. 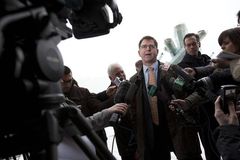 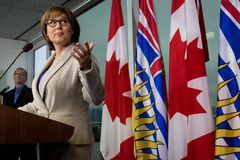 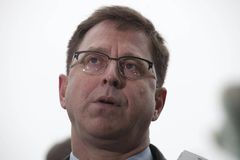 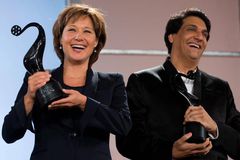 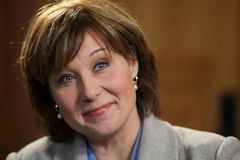