The fire that destroyed the lumber mill in Burns Lake this winter was sudden and catastrophic, sending a small town into shock. Overnight, 250 jobs vanished.

Imagine a blow that severe landing on a dozen different communities and you have a sense of what is coming in central and northern British Columbia, in three or four years, when the harvestable forest resource is exhausted.

And that looming crisis is leading to panic in the government – where politicians are now talking about keeping mills running by raiding forested areas that have long been protected. Scenic corridors, set aside for tourism value; wildlife range that provides winter habitat and migration routes, and rare groves of old growth are all being eyed as potential sources of timber.

They haven't proposed logging parks yet – but you have to wonder if that's not coming next.

"They are looking for any timber that they can get to keep the mills open. And that's throughout the interior from north of Kamloops up to Prince George," said Bill Bourgeois, a strategic planning consultant and former vice-president of Lignum Ltd., and Riverside Forest Products.

Mr. Bourgeois is worried the government is going to sell out the long-term health of the forest, and forest communities, for short-term political gain.

"The [forest service]bureaucracy is against it but my biggest fear is that … the political side will say we're going to do this and that's it," he said.

Burns Lake was shut down by a sudden, unpredictable fire last January, but the end of harvestable timber in B.C. has been slowly unfolding, since 1993, when the mountain pine beetle epidemic began. Since then it has killed trees over an area five times the size of Vancouver Island.

Ironically, the epidemic has created a boom in the central plateau, where logging companies have been racing to harvest the dead trees before they have deteriorated to a point where they have no value.

But now that race is all but over, Mr. Bourgeois said, and forest communities are staring at a grim future because the next crop of trees won't be ready to harvest for many years.

A government task force is poised to recommend a plan to lift restrictions on logging along the Highway 16 corridor from Houston to Prince George, to provide as much as three million cubic metres of timber each year.

"We have identified the options we think are realistic, we are doing some additional work to fill in details, hopeful by end of April we will have a solution to present to Hampton," he said. "It's very promising."

Mr. Bourgeois said that timber was protected by the forest service for good reasons and the government would be making a mistake to allow it to be cut now.

"The government established those areas because of tourism and because of other industries other than tourism. And in that whole area, where the mountain pine beetle is, those communities have to diversify their economic sectors anyway," he said. "To take away those [diversification]opportunities by cutting all that stuff is not wise."

Mr. Bourgeois added that even if all the protected areas were raided, it would not head off the closing of mills, it would only delay the inevitable for three to six months.

"Like it's imminent," he said of mill shutdowns. In Quesnel alone, he predicted five of seven mills will close within a few years.

Rather than logging protected areas, he said, the government should be working on long-term, economic-diversification plans. Fewer mills that employ more people making value-added products are what's needed. And forests need to be managed for sustainability, with special areas protected, not sacrificed so a few politicians can campaign saying they saved jobs.

Anthony Britneff, a retired professional forester with 39 years in public service, is even more adamant that the government's proposed approach is wrong.

"This is absolutely preposterous," he said in an e-mail. "Effectively this undermines the natural capital for the next generation. … This isn't sustainable forest management; it is called 'burning the furniture' and is unsustainable forest policy driven by an Easter Island mentality."

On Easter Island they used up all the trees worshipping false gods. Then their civilization collapsed.

Christy Clark can save her party or create her legacy
May 8, 2018 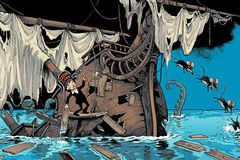 Exports to China a necessary - and lucrative - part of B.C.'s logging equation
May 3, 2018 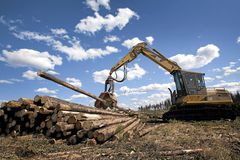 Review will determine which forestry jobs are worth more
May 3, 2018 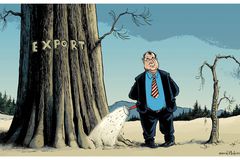 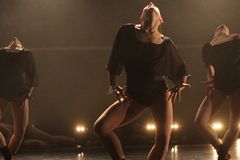 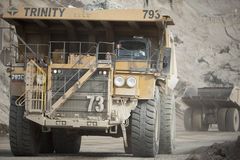 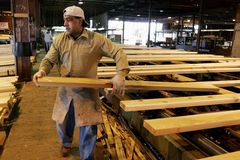