Like many teenagers, Amanda Todd struggled to fit in. The skinny girl with long brown hair didn't have many close friends and often ate lunch alone. She was bullied – in person and online.

A product of her generation, Amanda turned to the Internet to express her frustrations, licking her wounds where they were often dealt. In a heartbreaking video posted on YouTube last month, the 15-year-old revealed boys had taken advantage of her, girls had assaulted her and, after a failed suicide attempt, bullies allegedly egged her on to try again.

On Wednesday, the teenager was found dead in a Port Coquitlam, B.C. home – the victim of an apparent suicide. Her death caused a firestorm of reaction at the highest levels, including a video message from B.C.'s Premier.

"I just heard about Amanda and I want to say to everyone who loved her, to all her family and friends, how sorry I am for her loss," said Christy Clark in a video message also posted on YouTube. "No one deserves to be bullied. No one earns it, no one asks for it, it isn't a rite of passage. Bullying has to stop."

The Coquitlam School District has vowed to update its code of conduct policy to include a focus on social media, an avenue in which much of Amanda's bullying took place.

Amanda didn't speak in her video, but rather flipped through dozens of white flash cards, on which she wrote. Over the span of 10 minutes, she painted a portrait of a vulnerable girl who wanted desperately to be liked.

"In 7th grade I would go with friends on webcam," one card read. "Meet and talk to new people. Then got called stunning, beautiful, perfect... Then wanted me to flash... so I did."

A screen-grabbed image would later be circulated to "everyone": friends, family, schoolmates. A Facebook account was created with the image as its profile photo.

Girls continued to taunt her. Through the flash cards, Amanda told of an incident in which girls threw her to the ground and punched her as others filmed the assault.

She developed anxiety, depression and panic disorder. She got into using drugs and alcohol. She started cutting. She took anti-depressants and went to counselling. The teen said she transferred schools several times, but her tormenters would always find her.

"Why do I get this?" she wrote on one card. "I messed up but why follow me? I left your guys city... I'm constantly crying now. Everyday I think why am I still here?"

Cheryl Quinton, a spokeswoman for School District 43, confirmed Amanda was a Grade 10 student at Coquitlam Alternate Basic Education, and that the school learned of her death on Wednesday evening. Ms. Quinton said she was not able to discuss specifics of Amanda's school history, citing privacy regulations, but said the school district had been aware of the video prior to her death.

"District personnel were aware of the YouTube video prior to last night and supports were in place for the student at the school and at the community level," Ms. Quinton said. "What typically happens is when something is brought to a school's attention by a student, they will identify and work with the student and family about what supports are needed.

However, the school district will update its code of conduct policy to include a focus on social media.

"Right now it's just protocols on appropriate Internet use, but we've been working on a document ... that will include social media, because that's changed so quickly," Ms. Quinton said. The B.C. Coroners Service will now investigate the death, which will eventually be reviewed by its Child Death Review Unit as well.

"In most cases like this, there are a number of causative factors and they're quite multifactorial," said Coroner Barbara McClintock.

On Thursday, condolences and tributes to Amanda quickly spread across social media, the very medium that often brought her down.

The G Force Gym, of which Amanda was a former member as a Vancouver All Stars cheerleader, posted a statement on its Facebook page saying the teen's loss was felt.

"I ask that we all watch her video and share her story so that her loss is not in vain", the statement read. "Allow this to be her legacy. Allow us to all look around and find the next Amanda before another precious spunky teenager is lost."

"Never knew you Amanda but I am so deeply sorry for your pain," wrote Prudence Davidson.

"I am horrified by how hard you were treated," wrote Carla Jung. "People have no idea how hard words can hit." 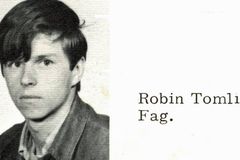 Follow Andrea Woo and Wendy Stueck on Twitter @andreawoo @wendy_stueck
Report an error Editorial code of conduct
Due to technical reasons, we have temporarily removed commenting from our articles. We hope to have this fixed soon. Thank you for your patience. If you are looking to give feedback on our new site, please send it along to feedback@globeandmail.com. If you want to write a letter to the editor, please forward to letters@globeandmail.com.
Comments are closed