A proposed port expansion south of Vancouver has the "potential for significant adverse effects" on migratory birds that stream north from South and Central America en route to their breeding grounds in Alaska, according to the federal environment department.

Western sandpipers, which touch down on the Fraser River delta in the spring to feed on energy-rich "biofilm" on the tidal mudflats, are most at risk and could suffer "species-level consequences," says a submission from Environment and Climate Change Canada to the panel reviewing the $2-billion Roberts Bank Terminal 2 project for the Trudeau government.

The project, which would double the size of the container port north of the Tsawwassen ferry terminal, entails building an artificial island to handle 260 more container ships a year and thousands more trucks a day would rumble across an expanded causeway. The project is part of a push to boost and improve the shipment of goods through the Lower Mainland that also includes the proposed $3.5-billion, 10-lane bridge to replace the George Massey Tunnel.

Port officials have long argued the expanded Robert Bank terminal, which critics have described as a "glorified parking lot," can co-exist with birds and biofilm.

The environment department report says there is not enough known to make such assertions. "ECCC concludes that there is insufficient, science-based information to support the Proponent's finding that the Project would not negatively impact migratory shorebirds, in particular the Western Sandpiper," says the 70-page submission made last week by Marc D'Iorio, director-general of the federal department's Environmental Protection Operations Directorate.

The Fraser Estuary is one of the Canada's most important bird areas, with more than 250 species from raptors to wrens relying on the natural banquet laid out as the Fraser River spills out of the mountains onto one of the most productive deltas on the continent. The delta also been designated a site of "hemispheric" importance by the Western Hemispheric Shorebird Research Network as one of 10 stopovers sites used by more than a million shorebirds on the Pacific Flyway, some from as far south as Peru.

"The area north of the proposed Project plays a crucial role in supporting shorebird populations at the continental scale," the report says. It that goes on to warn that "if the migration chain is compromised, the long-term viability of Western Sandpipers as a species would be adversely affected given Roberts Bank's importance as a stopover site during northward migration."

It also notes that many shorebirds are already in "precipitous decline" with some collapsing populations associated with "intensive coastal development" at stopover sites.

Scientists have recently discovered the big draw on Roberts Bank is "biofilm" produced by algae, which "appears critical for Western Sandpipers to successfully complete their migration from the Fraser River delta to Alaska," the submission says. Huge flocks of the birds can be seen in April and May running across the mudflats slurping up the gooey substance. Some consume seven times their weight in biofilm a day.

"Given the high shorebird usage at Roberts Bank, even low probability events carry a high risk because nutrient shortfalls at Brunswick Point during the key spring migration period could have species-level consequences," it says. (Brunswick Point in the northern portion of Roberts Bank.)

The environment department also points to "substantive issues, omissions, and uncertainties" in the environmental impact statement the port produced for federal review.

It says basic information, such as the identity of the algae that generate biofilm, remains unknown. And the "magnitude" of the impact of the port expansion on biofilm "cannot be confidently determined."

Port spokeswoman Emily Hamer said Wednesday that officials are "aware" of the submission from the federal government, but declined to comment on the specific concerns raised in the report.

Ms. Hamer, manager of strategic communications, said the port will address the issues raised as part of the ongoing review.

The port has previously said the terminal's construction and operation will create thousands of jobs while providing a "high level" of environmental protection. It spent four years working on its environmental impact statement, which includes 77 studies and contributions from more than 100 "professional scientists," according to a media release issued in June.

The review panel, established in May by Environment Minister Catherine McKenna, has 14 months to submit its report and recommendations to the federal government, which will decide whether to approve the port expansion. 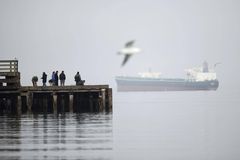 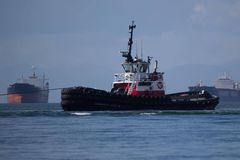 A letter of advice to Vancouver’s new general manager of planning
August 5, 2016 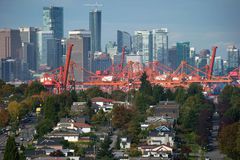