The city's oldest marijuana compassion clubs and other non-profit dispensaries may be able to sidestep the city's new bylaw that restricts them from being near schools and community centres.

Councillor Kerry Jang, Vision Vancouver's spokesman on marijuana issues, has said new rules barring any pot shops within 300 metres of schools, community centres or other similar stores will apply to all Vancouver's existing 100 dispensaries. This could mean up to two-thirds may have to move to secure a special new business licence.

He reiterated on Friday that council will not grandfather in non-profit dispensaries and compassion clubs. However, later that day, Mr. Jang said there is a way for them to remain in their current locations. In a meeting with representatives from the B.C. Compassion Club Society and long-time cannabis activist Dana Larsen, who runs two of Vancouver's oldest non-profit dispensaries, he explained how they can apply to the Board of Variance for special permission to stay within the buffer zones imposed by city staff.

"I'd like to see them survive, but really it's up to the Board of Variance and I have no say there," Mr. Jang said.

All prospective business licensees must first apply for a development permit, but if they are rejected they can appeal to the independent five-person board, he said.

By only charging a $1,000 licence fee to non-profit compassion clubs, versus the $30,000 charged to for-profit pot shops, the new rules were meant to give those clubs preference. Mr. Jang said these facilities "provide wraparound services, which are very different from the for-profit ones, which are simply just selling pot."

Gilbert Tan, an architect and member of the board, said any compassion club or dispensary asking for a reprieve from the buffer-zone rules must demonstrate that the hardship they are facing outweighs any problems their location presents to their neighbours.

"We have to look at both sides and then it's the weight of the balances between the two sides," Mr. Tan said. "It's really up to themselves to express themselves properly, we can't extract information."

The B.C. Compassion Club Society first started serving patients on Commercial Drive 18 years ago. Four years later, Stratford Hall private school opened kitty-corner from the storefront. Club spokeswoman Jamie Shaw said the school is a "trusted neighbour" that has written letters of support and brought its students in for tours in the past. A representative of the school was not available for comment. Ms. Shaw said she is hopeful her club can remain there because it can't compete with for-profit pot shops in an overheated real estate market. City staff have estimated a maximum of 94 dispensaries and compassion clubs could survive after the new buffer zones and other restrictions are enforced.

"We actually have no problems with recreational dispensaries, but we want patients to be able to tell the difference," she said.

Pot advocate Mr. Larsen said he is scrambling to see whether he can shore up support of his neighbours so he won't have to move both his East Hastings Street and West End dispensaries, which opened up before the "Green Rush" of new pot shops in the past two years and are run through the non-profit Vancouver Dispensary Society.

"I do find that it's an irony absolutely," he said, "of the new bylaw potential putting him out of business. "[We] and the B.C. Compassion Society really helped get the dispensary thing going. We're the first places, definitely the most medical in terms of how we screen our members and how we run stuff, and I think we're both really good for our communities."

The application deadline for the new dispensary licences is the end of August and council will likely revisit the rules to see if any changes need to be made in a year or so, Mr. Jang said. 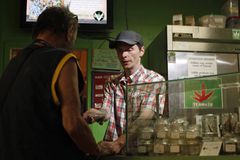 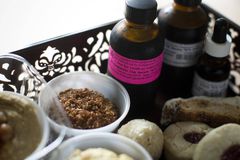 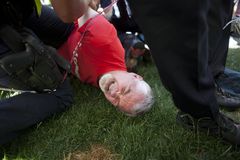