In a case that echoes the legal battle over Vancouver's supervised injection clinic, a group of drug users has turned to the courts to obtain heroin they, and their doctors, say is essential in treating their addiction.

In doing so, the five plaintiffs and Providence Health Care, which is backing them in their case, are wading into a confrontation with a federal government that has vowed to keep heroin out of the hands of addicts even though Health Canada has approved its use in some circumstances.

"Challenging the federal government in court was not a decision we took lightly," Providence chief executive officer Dianne Doyle said Wednesday at a news conference to announce the legal action. "But we … could not stand by and be witness to the moral distress this situation has created."

Larry Love, a drug user for nearly 50 years, said the court case is his best chance of maintaining the stability and improved health he has experienced since joining a prescription heroin drug trial last year.

"About two months after I got into SALOME, I decided this was the best program I have ever been in and I wrote every MP in Canada about it," said Mr. Love, one of the five individual plaintiffs in the case.

Since joining the program early last year, Mr. Love, 62, has moved from the Downtown Eastside to a different neighbourhood, no longer scrambles to pay for his habit and is looking for a job.

"Most of my money now goes into food – I eat three times a day and I'm happy," he said.

The case, filed Wednesday in the Supreme Court of B.C., revolves around a drug trial known as SALOME, the Study to Assess Long-term Opioid Maintenance Effectiveness. In the Providence Health trial, people with chronic heroin addiction are treated with either diacetylmorphine – the chemical name for heroin – or hydromorphone, a legal, licensed pain medication.

The three-year trial is being conducted in phases and so far, 75 people have "exited" the program. Some of those have been transferred to methadone or other programs but some are deemed to still require prescribed heroin.

In September, Vancouver doctors applied through Health Canada's Special Access Program to obtain and prescribe diacetylmorphine for 21 people who had been part of the SALOME trial. Those approvals were for 90 days.

In October, however, federal Health Minister Rona Ambrose introduced changes to federal regulations that make diacetylmorphine a restricted substance under the Food and Drugs Act, putting it off limits under the Special Access Program and setting the grounds for the case.

In a statement Wednesday, Ms. Ambrose said the changes closed a "loophole" in the Special Access Program and that it was not designed to give illicit drugs to addicts.

Lawyer Joe Arvay, who is representing Providence Health Care, said the arguments in the case will be similar to those in the Insite case: that health care is a provincial matter and that denying the drug violates the constitutional rights of the plaintiffs.

In 2011, the Supreme Court of Canada found the federal government's decision to close Insite, a supervised drug injection site, would have violated drug users' rights to life, liberty and security of the person under Section 7 of the Charter. The ruling was seen as a victory for supporters of the harm-reduction approach to drug addiction and as potentially opening doors for similar clinics in other parts of the country.

Funds for the legal battle will come from Vancouver-based advocacy group Pivot Legal, which is representing the five plaintiffs, and Providence Health Care, which said it would not use taxpayer funds for the case but would rely on donors. 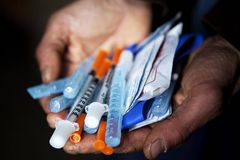 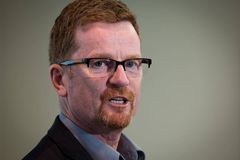 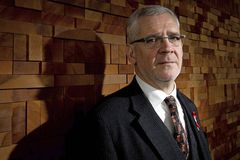 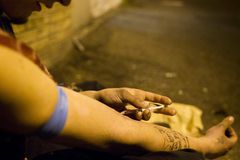 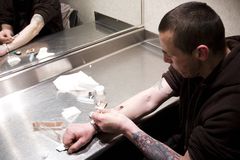