They are the kind of people who pore over copies of Modernism and Atomic Ranch magazines, delighting in the futuristic designs of objects and buildings.

Two years ago, with a second son on the way, they began a hunt for a new home. They hoped to obtain a mid-century marvel of their own, but knew the odds were long.

One night while trolling new listings on the Internet, Mr. Winn stumbled across their dream house. They toured the residence the following day, put in an offer, negotiated overnight, and within 48 hours owned it.

"We were ecstatic. We couldn't believe our luck," Mr. Winn said the other day.

What was the attraction?

"It has a uniqueness you don't really see anywhere else."

On its completion in 1954, the building was described in a magazine article as "the most talked-about house in B.C." The mayor cut the ribbon and 35,000 people toured through the showcase home.

To this day, the house attracts passersby and looky-loos, as well as fellow disciples of modernist architecture.

To them, the house is a futuristic vision as sleek as a jet-age aircraft.

To those immune to the charms of the genre, it is a monstrosity looking like the crash site of a UFO.

The one-storey house boasts a dual roof line - a flat roof extends into the house with clerestory windows above. A large masonry chimney slices into the roof, giving the appearance of a bisected jet tail. On the side of the house away from the street, plate-glass windows extend from floor to ceiling, offering spectacular views of the Sooke Hills and the snow-capped Olympic Mountains.

The interior floor plan is a polygon, eliminating dark hallways and making the most of an open-plan living and dining area. The floors and walls are wooden, as is the ceiling, which is composed of red cedar shiplap planks.

Most of the original interior detailing remains untouched even after six decades, though a large brick fireplace with copper hood had been resurfaced with slate rock.

As well, earlier owners expanded the original 77-square-metre interior by adding a sunroom and other rooms. The current owners would like to eventually restore the building to its original condition.

The house, at 3516 Richmond Rd. in Saanich, was built as one of a series of Trend Houses commissioned to showcase softwood lumber from B.C. The 11 promotional Trend Houses caused a sensation, with hundreds of thousands of Canadians touring modernist designs outfitted with the latest furnishings from Eaton's and electrical appliances from Canadian General Electric.

The Victoria Trend House, the smallest of the series, was designed by John Di Castri, a local architect who studied under Bruce Goff, an American often described as fearless for his wholly original creations. Mr. Di Castri brought to Victoria his modernist ideals, changing the face of a city dominated to this day by arts-and-crafts bungalows, Samuel Maclure's Tudor Revival mansions, and Francis Rattenbury's monumental Inner Harbour bookends of the Romanesque Legislature and the chateau-style Empress Hotel.

The first resident of the Trend House was Gwen Cash, a pioneering woman reporter who wrote about the Doukhobors, the painter Emily Carr and the occultist known as Brother XII. In a recent blog post at Every House Has a Story, the Vancouver writer Eve Lazarus quotes Ms. Cash's description of those who did not appreciate the design: "Like modern painting, it was something that they couldn't understand."

The current owners - a homemaker and a negotiator with the provincial Aboriginal Relations and Reconciliation Ministry - feel they have inherited responsibility for preserving a visionary's masterpiece. Mr. Di Castri died in 2005.

"We see ourselves as stewards of a remarkable piece of architecture," Mr. Winn said.

The couple are replanting the garden and envision a future day when a tour of the city's modernist gems will include a pilgrimage to a house Mr. Winn considers "a part of Canada's architectural history that is not as well known as it should be."

The desire to preserve what they consider a treasure is worthy of praise. Five years ago, the first of the Trend Houses, built in Toronto, was torn down shortly after the death of its only owner. Earlier this year, the Trend House in suburban Beaconsfield, Que., outside Montreal, was razed. The nine that remain are testaments to a hopeful age when the future seemed full of possibility. 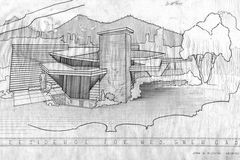 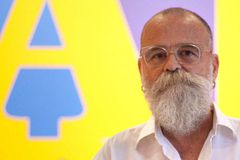 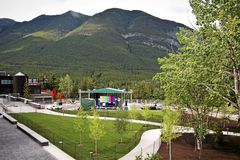 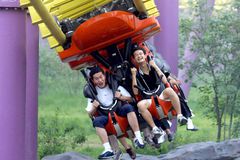 Stantec still beefing up across the U.S.
July 28, 2011
Follow us on Twitter @GlobeBC Opens in a new window
Report an error Editorial code of conduct
Due to technical reasons, we have temporarily removed commenting from our articles. We hope to have this fixed soon. Thank you for your patience. If you are looking to give feedback on our new site, please send it along to feedback@globeandmail.com. If you want to write a letter to the editor, please forward to letters@globeandmail.com.
Comments