A draft contract is due to land on the desk of B.C. Solicitor-General Mike de Jong this fall, outlining the terms of a new deal that would bind the province to the RCMP for another two decades.

But forces outside of cabinet are mustering, urging Mr. de Jong to instead seize this opportunity to rethink the crazy quilt of policing that covers the province. Critics will have a chance to advance their case when a public inquiry, announced Thursday, examines how two arms of police - the RCMP and the municipal Vancouver force - botched the hunt for serial killer Robert Pickton. Already, the Vancouver police - who have long pushed for a regional force - have signalled their intent to use that forum to press for "systemic changes" to policing in the province.

That inquiry could colour the final stages of negotiations for a new RCMP contract. The squeaky-clean national force that took over community policing in British Columbia in 1950 - abruptly replacing the B.C. Provincial Police - is now facing a crisis of public confidence.

"We have an opportunity that comes only once every 20 years to make policing better in British Columbia," said Kash Heed, the Liberal MLA for Vancouver-Fraserview. "Let's not blow this opportunity."

As the former solicitor-general, and a former municipal chief of police, Mr. Heed said B.C. must assert more control over its police. He said he has heard too many times the RCMP promise to do better following controversy. "Somehow, mistakes continue to be made," he said in an interview this week.

The Vancouver police embraced the public inquiry on Thursday while simultaneously pushing for a regional force for Metro Vancouver. In a statement responding to the inquiry, they urged the province to ensure it examines "any systemic barriers to the most effective policing in the Lower Mainland." The department refused to elaborate on Friday.

The Vancouver Police Department's internal report on the Pickton case, released last month, painted an unflattering picture of competing priorities and jurisdictional squabbles that hampered the investigation into scores of missing women.

It capped off a summer of bad press for the Mounties. In June, the force's conduct in the Air India case, Canada's worst mass murder, was condemned in an inquiry that uncovered errors, incompetence and jurisdictional bickering. Next, the commission looking into the death of Polish immigrant Robert Dziekanski, tasered at the Vancouver International Airport, concluded with a harsh denunciation of the behaviour of four Mounties.

Mr. Heed believes B.C. should, at the very least, demand that the 2,300 RCMP officers serving in provincial roles in B.C. fall under the authority of the B.C. Police Act, so that issues such as use of force are consistently upheld across the province. He also would like to see an early escape clause, keeping the door open for an alternative such as a provincial police force if the RCMP continues to stumble.

That's why, under Mr. Heed's watch, the province produced an internal report on what it would cost to re-establish a provincial police force.

Former Vancouver police chief Robert Stewart vividly remembers when he joined the Vancouver police in 1954. His father, a 25-year veteran of the force, told him that he was lucky to be starting his career at that time because he would soon be working in a regional police force. Today, nearly 20 years after he retired, he is still urging the politicians to find the will to embrace that change.

"My concern is we seem to be rushing into another 20-year contract and there is no transparency to these negotiations," he said. "I'd like to see an extension of the contract for three to five years, and then do a complete situation study and determine what the province should do."

The creation of a single force from the 16 departments across Metro Vancouver could provide a stepping stone to the return of a unified provincial police force, where accountability comes home to B.C. However, Mr. de Jong has demonstrated little interest in sweeping change.

In an interview this week, he defended the Mounties even as he acknowledged they need to reestablish British Columbians' trust.

"I still believe there is value, significant value, to drawing on the resources of a national police force," he said. "We are not looking to replace the RCMP."

His government has been so distracted with defending its decision to adopt the harmonized sales tax that there may simply be no appetite to stir up another conflict that a major shift in policing would produce. And there would be conflict: Local governments with their own forces like their autonomy and control. And those that have elected to contract services from the RCMP have a financial incentive - Ottawa subsidizes their policing costs.

Mr. de Jong said he will leave it up to municipal governments to decide whether they want to continue with the current system. "In the past, there has been no discernible desire to sever that link," he noted. But he'll be listening carefully to see whether that attitude has changed, when the Union of B.C. Municipalities gathers for its annual convention later this month.

One of the few communities that have elected to abandon the RCMP is, ironically, Mr. de Jong's own hometown of Abbotsford. In 1995, when the communities of Abbotsford and Matsqui amalgamated, the Abbotsford RCMP was dumped in favour of Matsqui's community police force.

Abbotsford Mayor George Peary, who was involved with the transfer, is a staunch supporter of his homegrown force.

"We are not subject to the whims of a national police force," he said proudly. Nearly all 209 members of the Abbotsford police live in the community, and he said that naturally means better policing. "They coach teams and go to parent-teacher meetings, they attend churches, whatever it might be - they are part of the fabric of our community."

Friction between the national force and municipal departments isn't the only issue fuelling the appetite for change. There are also disturbing examples of municipal forces failing to co-operate.

There are eight police forces across the Greater Victoria region, a mix of municipal and RCMP detachments. The setup has been a long-running source of regional debate, but the weaknesses were most starkly demonstrated by a domestic violence case in 2007 that left five dead. Critical information wasn't shared about the risk Peter Lee posed to his family. Three police forces ended up responding to a 911 call made while Mr. Lee was slaughtering his family in their Oak Bay home, revealing chain-of-command conflicts and faulty radio communications.

"It highlighted the shortcomings in a balkanized police system," said Victoria Mayor Dean Fortin. "We need a dialogue on this because otherwise we'll continue to see cases that show up the fractures within our police services," he said in an interview this week.

He is well aware of the resistance of some municipalities to change. That's where the provincial government needs to step up and launch the debate, he said.

"Is it about saving lives," Mr. Fortin challenged, "or saving money?"

Why did the B.C. Provincial Police disappear?
September 10, 2010 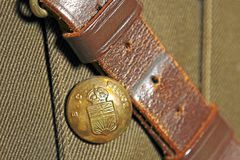