A privacy breach within British Columbia's health ministry in 2012 prompted a freeze on the release of medical research data that affected 20 separate studies on prescription drugs, including anti-psychotics for children and seniors, and drugs for diabetes, Alzheimer's and smoking cessation.

And while B.C. Health Minister Terry Lake acknowledged on Tuesday that the scope of the delays was unfortunate, he defended his government's handling of the file and denied it was an overreaction.

A day earlier, the province was criticized for suspending the release of data needed for a national study on Canadian women who become pregnant while taking an acne medication commonly known as Accutane that can cause birth defects including brain, heart and facial deformities.

British Columbia had played a leading role in national clinical research through the Therapeutics Initiative, but the program lost its funding and access to medical data after the ministry discovered an information breach in 2012. Eight researchers were fired – a purge for which the province later apologized – but research projects with which the eight were not even remotely connected were also swept up in the government's reaction. Mr. Lake said the research on Accutane was not singled out – 20 clinical research projects were put on ice while the ministry tightened its data protocols and retrained 280 members of staff on privacy rules.

"It wasn't aimed at any particular study, everyone got caught up in a breach," Mr. Lake said in an interview. "This isn't the only place this kind of research goes on, but B.C. has done some really good research and it's unfortunate that it had to be interrupted while we fixed the problems that were identified by the [privacy] commissioner."

Although his government has said the firings were heavy-handed, Mr. Lake defended the freeze on research data. "This was a real concern and the recommendations were such that it would take time to implement those, so while we were doing that, we had to kind of shut the store down."

"It's hard to change the tires on the car when it is moving," Mr. Lake said.

B.C.'s Information and Privacy Commissioner, Elizabeth Denham, looked at three cases of unauthorized disclosure of medical records – each related to clinical research – where health ministry employees were able to download large amounts of personal health data onto unencrypted flash drives and share it without authorization.

In a report in June, 2013, Ms. Denham said the ministry was deficient in maintaining privacy and security safeguards and made 11 recommendations for improved security. However, the government suspended the research data before she was notified of the breach.

New Democratic Party MLA Adrian Dix, who has championed the cause of the workers over the past three years, raised the impact of the firings on the Accutane study in the legislature on Monday, the day the study's results were published in the Canadian Medical Association Journal.

"The government botched the investigation, they reached too far and for no reason that is justifiable, they denied access to the research in this case," Mr. Dix said in an interview on Tuesday. "None of the people involved in the health firings were involved in this project."

He noted that many other important medical findings were also delayed, and the government's response set back clinical research in B.C. across the board because of the funding cuts to the Therapeutics Initiative, which were not restored until 14 months later.

"Who was negatively affected? People suffering from Alzheimer's. Children with mental-health issues. People with diabetes. People taking drugs such as Accutane with real potential risks. Their safety was caught up in this matter and the government chose, with no good reason, to block information at a time that all of those people needed it." 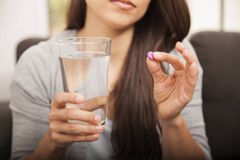 B.C. reaches settlement with wrongfully fired health researchers
December 29, 2015
Follow Justine Hunter on Twitter @justine_hunter
Report an error Editorial code of conduct
Due to technical reasons, we have temporarily removed commenting from our articles. We hope to have this fixed soon. Thank you for your patience. If you are looking to give feedback on our new site, please send it along to feedback@globeandmail.com. If you want to write a letter to the editor, please forward to letters@globeandmail.com.
Comments