Brian Day will open the doors of his private surgery clinics on Monday to auditors from the B.C. Medical Services Commission, ending a two-year-long battle over the government agency's right to inspect his books.

The auditors will seek to determine if Dr. Day's surgery clinics are contravening a B.C. law that prohibits extra-billing of patients for medically necessary services. He readily admits that is how the clinics work.

"They are investigating to find out if we are breaking the law of the B.C. Medicare Protection Act and we have always told them we are," Dr. Day said in an interview. "It's a waste of taxpayers' dollars."

He has fought the audits in court since January, 2009, saying a court challenge to the law should be heard first. Dr. Day, former president of the Canadian Medical Association, said the Medicare Protection Act, which restricts the ability of physicians and facilities to charge patients fees for medical services, violates British Columbians' right to access timely medical care.

Last November, when the commission sought a warrant to force the clinics to open their files, his lawyers approached the province and asked to work out terms for an audit.

The province won't comment on the scope of the audit. Dr. Day said he has agreed to open his books on a randomly selected, six-month period. It means auditors will have access to thousands of patient records, which are kept electronically.

Adrian Dix, the opposition health critic, called the audit "inadequate" and said the government doesn't really want to the get to the bottom of the clinics' actions because the public would then see how much the health-care system in B.C. has come to rely on private clinics for medically necessary care.

"The government has a don't ask, don't tell policy," he said. "To accept his limitations on an audit is ridiculous."

Health Minister Colin Hansen said the audit will take some time and it will be up to the commission to determine what will happen if the clinics are found to be breaking the law.

"I wouldn't want to jump to conclusions. It's about whether their practices are in compliance with the Medicare Protection Act," Mr. Hansen said in an interview. He would not say what sort of violations they are looking for. "I don't think anyone is going in with any predetermined notions."

The province didn't initiate the audits on its own accord. In 2007, the commission received complaints from patients who said they were extra-billed by private clinics.

The B.C. Nurses' Union has backed those complaints in a bid to embarrass the B.C. Liberal government over the existing two-tier medical system, which allows some patients to jump the queue for surgeries and medical tests. In the legal back-and-forth that followed, the Medical Services Commission sought to find out exactly what Dr. Day's clinics are billing.

Dr. Day agrees with his critics on one point: That the B.C. government will be embarrassed when the trial gets under way.

"The government is much happier with the perceived action of trying to investigate 'private, for-profit clinics,' " he said. He argues the audits are an attempt to stall the court case where the province will be forced to defend a law that aims to deny patients the option to access faster medical treatment.

Mr. Dix, who is now seeking the leadership of the B.C. New Democratic Party, said he'll commit to a full-scale audit of the private clinics if he wins. He suggested those clinics found to be breaking the law could be ordered to repay any public money and private fees they have collected in contravention of the law.

Private Health-Care: Best of the series
December 8, 2010
earlier
Should we let Canadians pay to jump the health care line?
November 5, 2010
Cambie Surgery Centre wins a round in complicated battle
September 12, 2010 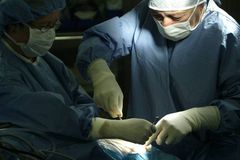 Private clinics could play role under new funding plan, B.C. Health Minister says
April 15, 2010
Follow Justine Hunter on Twitter @justine_hunter
Report an error Editorial code of conduct
Due to technical reasons, we have temporarily removed commenting from our articles. We hope to have this fixed soon. Thank you for your patience. If you are looking to give feedback on our new site, please send it along to feedback@globeandmail.com. If you want to write a letter to the editor, please forward to letters@globeandmail.com.
Comments are closed