Perched on a hillside overlooking Manzanillo Bay, Puerto Las Hadas would seem to offer everything a Canadian could want in a getaway: sun, beaches and an ocean view.

But for dozens of Canadians, mostly from Alberta and B.C., who have bought units in the 204-unit complex, Puerto Las Hadas also comes with a property dispute that has put their ownership rights in question and remains unresolved after several years of attempted litigation.

According to several owners and a lawyer in Mexico who is representing some of them in court, a Mexican judge in 2009 cancelled folio numbers – which are used to register property in Mexico – for properties lining Manzanillo Bay, including Puerto Las Hadas. That ruling left owners with access to their waterfront homes but without clear property rights.

"The title that I do have is in jeopardy," said Dennis Groshaw, a semi-retired B.C. resident who bought a unit in the complex in 2008.

The complexities of the Mexican legal and property systems feature regularly in conversations about foreigners buying real estate in the country. There are cautionary tales of unscrupulous time-share operators and copious, expensive paperwork. Restrictions on foreigners owning property in certain areas mean such properties must be bought through a trust. But until 2009, owners in Puerto Las Hadas, some of whom have had their units for decades, believed they had clear title.

In 2009, however, a Mexican judge weighing a dispute involving another property on the bay – the Karmina Palace hotel – resolved it by cancelling a 1982 presidential decree that granted folio numbers to properties in Manzanillo Bay.

Puerto Las Hadas owners and their lawyer say that court case involved eight property owners who claimed the Karmina Palace, built in the 1990s, encroached on their property.

Karmina Palace, owned by Spain's Barcelo Group, is a 15-minute walk from Puerto Las Hadas, and the disputed boundary line that was the subject of the 2009 court case is nowhere near the complex, owners say.

Nonetheless, the court ruling affected Puerto Las Hadas and the neighbouring Las Hadas hotel and other condominiums along the crescent-shaped beach, said Bob Price, a Kamloops radio host who bought a unit at Puerto Las Hadas nearly a decade ago.

"You're dealing with a government in Mexico and a system that is doing absolutely nothing to remedy the situation," Mr. Price said.

A representative of Karmina Palace was not immediately available to comment.

The situation is most worrisome for Puerto Las Hadas owners who want to sell their units.

"I won't sell [units] in there right now, because you can't get a trust, you can't get a title," said Candy King, a Manzanillo agent with Coldwell Banker. "I don't figure that I am representing my customers if I even sell in there. … The only people who are selling are through private contracts, and I don't think that represents any security to the buyer."

Ruta Lee, a Canadian-born actress who lives in Los Angeles, has owned a unit at Puerto Las Hadas since the 1970s and is annoyed by what she sees as a flawed, nonsensical court ruling.

She cites a friend who is in poor health and has moved to assisted living in the United States.

"He needs to sell the [Puerto Las Hadas] property to maintain his life in the United States – and it's not simply going to sell quickly – and you don't want to sell it at discounted rates just to get rid of it," Ms. Lee said.

When it opened, the resort drew film stars and royalty. Today, the crowd skews more toward families and retirees.

Ms. Lee, who has remained loyal to Mexico even as friends have questioned her choice to vacation in a country with a reputation for crime and violence, is frustrated the situation remains unresolved even though she and others have sought legal remedies.

"What's really sad about all of this is that it is one more kick in the behind from the Mexican government to foreigners," Ms. Lee said. "It would behoove the chambers of commerce, all business people, the banking people, the real estate people, the notarios – all of those people – to make a concerted effort to stroke Americans, Canadians and Europeans and want them there. Because it's our money that makes things blossom and grow there."

Cristoval Ortiz, a lawyer based in Manzanillo, said he represents about 60 owners in a complaint related to the 2009 court decision. Although the complaint has been subject to delays, Mr. Ortiz said he hopes it will succeed.

"Now we are at a point where it cannot be delayed too much more," Mr. Ortiz said.

The Canadian Embassy in Ottawa said it had received no complaints in relation to Puerto Las Hadas, but would be willing to speak to owners about the issue.

Chilliwack resident Sue Vickers bought a unit at Puerto Las Hadas in 2007 and rents it out part-time, as do many other owners, to offset costs.

She likes the region because it is quieter than Puerto Vallarta and also loves the design of the complex, which follows the contours of the hillside and features units that vary in shape and size.

She has become resigned to the uncertainty.

"It's gone on so long now that you just wonder if it is going to remain the way it is. We all pay our trust and our taxes and carry on," Ms. Vickers said. 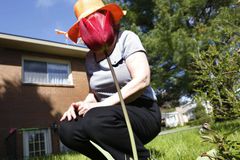