A group of investors is hoping the third time's the charm when it comes to foot-passenger-only ferry service between downtown Vancouver and Nanaimo.

The investors are finalizing a proposal that would connect the two cities through a 68-minute sail across the Strait of Georgia. A similar operation, HarbourLynx, shut down in 2006 due to financial woes. The Royal SeaLink Express ceased operations more than a decade earlier.

Exact details on the proposal – who the investors are, for instance – are scarce because of a non-disclosure agreement. Although British Columbia does have a history with failed ferry experiments, Nanaimo officials say the proposal could reach council in a month and sailings could begin in the spring, making the island city a more attractive option for those who work in the Lower Mainland but want to live somewhere else.

"I believe the fast-ferry service would be bigger than coal was to Nanaimo," Bill McKay, the former operations manager for HarbourLynx and now a Nanaimo city councillor, said in an interview Tuesday. Mr. McKay said the project has been in the works for four years and finding passengers would not be a problem.

"I certainly hope at the end of the day that all the parties that may touch this operation give the proponents the opportunity to be successful," he said. "I believe there's plenty of pent-up demand in the marketplace and we're seeing a maturing of the market. I think we're going to see significantly bigger numbers than we even saw with HarbourLynx."

Sasha Angus, chief executive officer of the Nanaimo Economic Development Corporation, said the vessels would set sail from somewhere in Nanaimo's downtown core and likely dock near Canada Place in Vancouver. He said the boats already exist and wouldn't need to be built from scratch. They're in Asia, waiting to be sailed over.

When asked why this venture would succeed when the others failed, Mr. Angus said the proponents have learned from past mistakes. "I think with the two previous ones, the concern was reliability, that if folks couldn't be sure they'd get to and from in a reasonable fashion, the uptake wasn't there as much," he said.

Mr. McKay said HarbourLynx had some early missteps and faced unanticipated challenges, such as significant increases in rents and terminal costs, as well as mechanical issues. However, he said HarbourLynx was running an operational profit at the end of its tenure.

Mr. Angus said many Nanaimo residents already commute to the Lower Mainland for work, and the passenger-only ferry would make their trip that much easier. He added Nanaimo would be more desirable to homebuyers because its real-estate prices are significantly lower than those in the Vancouver area. He said the investors are not concerned about the prospect of competing with BC Ferries for foot passengers.

"The proponents have done a pretty good job of looking at who they're competing against and how they compete and they have, obviously, a strong belief in their business model and their business plan," he said. "So there may be passengers who choose to take the passenger-only ferry from downtown to downtown because it's more convenient, and that may draw off of BC Ferries."

A BC Ferries spokesman said the organization didn't have an opinion on the proposal, and is committed to providing customers with the best service it can on its routes.

Kerry Jang, a Vancouver councillor, said the city needs to see more details about the proposal but is supportive of anything that boosts tourism. "If it brings tourists to Vancouver, woohoo, bring it on," he said.

New BC Ferries ships will be fuelled by liquefied natural gas
July 23, 2013 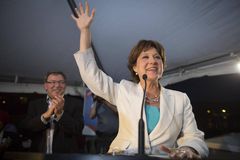 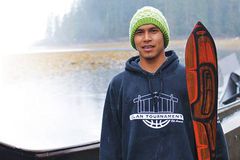 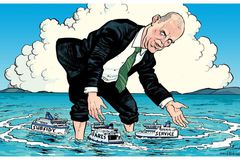 BC Ferries chief says stranded passenger could have been treated differently
June 24, 2013 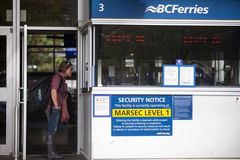 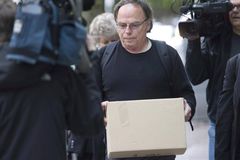