A proposed building in Vancouver's historic Chinatown is headed for an unprecedented public battle as it mushrooms into the most contentious development the city has seen in a decade.

Thousands have signed petitions for and against the 12-storey condo and social-housing project for which the Beedie Development Group has been struggling to obtain approval over the past three years, while nearly 160 people have registered to speak about the project before city council.

Opponents of the project see it as a defining moment that threatens the heritage, culture and economy of traditional Chinatown. That opposition mounted in the past several years after a new group of young activists, many of them second- and third-generation Chinese whose parents or grandparents had connections to the old Chinatown, made the Beedie project a target of their attention.

"It has become a line in the sand," said Henry Tom, a director of the Chinatown Merchants Association, one of several business groups that still support the project. Mr. Tom's group said the area, which had been in a serious decline for a quarter century when the city and different groups worked on a new area plan prior to 2013 that allowed for higher buildings in the south section of Chinatown, needs new residents and activities to make it feel secure and economically healthy.

"We certainly wanted some balance on the street so it dilutes the impact of the dealers and the street people," said Mr. Tom, whose parents ran a barbecue shop for decades in Chinatown before reluctantly shutting it down 20 years ago.

The site, a surface parking lot that used to be a gas station, is across the street from the Dr. Sun Yat-Sen Classical Chinese Garden and the Chinese Cultural Centre.

It's the fourth controversial condo project in Chinatown to come through the pipeline since 2013. The first three, all on Main Street, raised alarms among many that the new development was too big and out of character for the area, which was recently designated a national historic site. People were also concerned that the community wasn't getting much back in benefits.

"You don't want to preserve Chinatown in aspic, but there's a feeling that it was being overshadowed," said Mike Harcourt, a former mayor of Vancouver who got his start in public activism in the 1960s by working with Chinatown residents to oppose a freeway being built through the neighbourhood.

Like many, Mr. Harcourt, who works with a group that has being trying to find workable and sensitive solutions to revitalizing Chinatown and the Downtown Eastside, did not come out in strong opposition to the city's new Chinatown plan of 2013.

However, he has now come to believe that the plan needs to be changed.

Opponents are lobbying to have different levels of government buy the property, which Beedie bought for $16-million three years ago and is worth much more now, and build a 100-per-cent social-housing project on the site.

"Market condos aren't going to help the neighbourhood a lot," said Beverly Ho, one of two staff members with the Chinatown Concern Group. "The government has to take responsibility and build social housing."

The proposed Beedie project includes 25 units of seniors' housing, only one-third of which will be required to be rented at welfare-level rates, along with 106 condo units and a seniors' cultural and recreational space.

BC Housing has agreed to buy the units. Beedie is not required to make a community-amenity contribution, as some other large projects in Vancouver have had to, because planners determined that there is no gain in land value, since the extra height of the building is caused by the addition of the social-housing units.

City planners have recommended approval of the project, which is pegged at 108 feet – 18 feet higher than the allowable nine feet – in part because of the addition of those units.

The project went through a tortuous process in getting design approval, being rejected twice by the urban-design panel, which was concerned that it was too bulky and an architectural mismatch for the area. Even after finally getting approval there, the project did not get approval from the Chinatown historic area planning committee.

The public hearing promises to be long and filled with emotion.

Many people, such as Lisa Zhu, wrote objecting that "Beedie should not profit on the backs of taxpayers" and saying that the company is "not paying their fair share to justifying the rezoning."

Just as many wrote supporting the project. A significant number of them had connections with local development and real estate companies, but not all.

"I want to see Chinatown blossom and I think the 105 Keefer project can help do this," wrote Yun Kwang Ng, who said he has lived in Vancouver since 1972. "It will create more pedestrian traffic which will help businesses thrive." 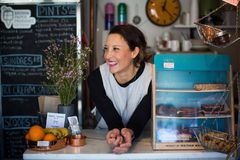 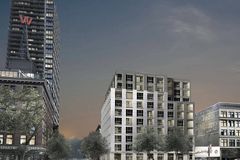