A majority of British Columbians surveyed in a newly released poll support the idea of compensation for the children of missing women involved in the case of serial killer Robert Pickton.

The Angus Reid Public Opinion poll found 58 per cent support for compensation – one of 63 recommendations made by Wally Oppal, head of the Missing Women Commission of Inquiry, in his Dec. 17 report. The online survey of 806 adults found 33 per cent disagreed with the idea, and 10 per cent not sure.

"It's a sizable proportion of the B.C. population that is looking at this this way," said Mario Canseco, a public opinion vice president for Angus Reid.

"Many British Columbians are looking at this from the standpoint of, 'We need to compensate these people because this isn't something that just happened because of forces beyond our control.' It really provides an opportunity to say, 'We're sorry for what happened.' "

Mr. Oppal has largely left it to the B.C. government to work through the issues of compensation, but said in an interview last week that his proposal was aimed at helping children "further their career enhancement and matters of that sort."

He suggested the children need to have the same financial footing they would have had if their mothers had lived to support them.

The former B.C. attorney-general acknowledged some families have already received various forms of provincial compensation worth $1.44-million – but said it wasn't enough. Mr. Pickton was convicted in 2007 for killing six women and sentenced to life imprisonment. The remains of 33 women were found on his farm.

Support is lower for a "healing fund" for the families of missing women proposed by Mr. Oppal, with 50 per cent agreement. Thirty-eight per cent were opposed and 10 per cent not sure.

Attorney-General Shirley Bond, speaking for the B.C. government, said in a statement last week that the government is reviewing the report to consider its response on all issues, including compensation.

Mr. Canseco said it will be challenging for the government to work through the issue ahead of an election that's five months away. The embattled B.C. Liberals are seeking a fourth term, but running behind the opposition New Democrats in the polls. Mr. Canseco said the Liberals will be hard pressed to work through the 63 recommendations and determine which they can enact, but they will be under pressure to act.

Support was relatively high for some key recommendations: 91 per cent for improving police missing person policies and practices; 75 per cent for funding existing centres that provide emergency services to women in the sex trade so they can stay open 24 hours a day; 73 per cent for enhancing public transit to northern B.C. communities; and 68 per cent for more intensive and continuing training for police on the history and current status of aboriginal people.

Although initially surprised by some of the high levels of support for some recommendations, Mr. Canseco said the results made sense in light of poll findings that 48 per cent of respondents were "moderately closely" following the story in the media and nine per cent "very closely" following it.

Thirty per cent were "not too closely" following the story.

The survey also found 57 per cent support for a single police force to oversee the Lower Mainland. Mr. Oppal raised concerns about a lack of investigative co-ordination among police departments in working on the Pickton case. This is the fourth time since 2007 that Angus Reid has polled on the issue with support peaking at 65 per cent in 2007, and dropping since to 63 per cent in 2008, 59 per in 2011 and then the current finding.

The margin of error in the latest poll was plus or minus 3.5 per cent. The survey was conducted between Dec. 20 and 22. 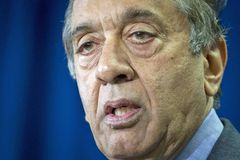 Apologetic Vancouver police say much has changed since Pickton
December 18, 2012 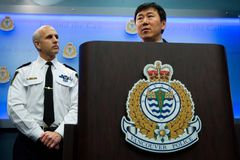 Mixed emotions as families of victims try to make sense of report
December 17, 2012 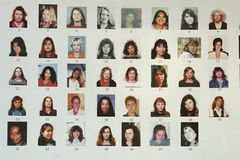 The lives behind the missing faces
December 17, 2012 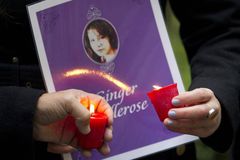