Teresa Zurberg's job is working with dogs searching for bombs and narcotics, but it was a near-fatal experience with a hospital superbug that had her wondering whether her dogs could be trained to seek out a different kind of fatal scourge.

A year and a half ago, Ms. Zurberg, a trainer with Western K9 Security, was infected with C. difficile after being treated for a gash on her leg. She lost 20 pounds and was in hospital for five days.

"It was just horrible; I almost died from it," she said.

Last year, she came across a news article about researchers in the Netherlands who were training dogs to sniff out patients infected with C. difficile. She immediately approached Vancouver General Hospital and told researchers there she could train dogs to do something similar.

"They thought it was very intriguing," she said.

C. difficile is a constant worry for hospitals because it often attacks people whose immune systems have been weakened by antibiotics. It's an infectious disease that inflames the large intestine and can cause fever, diarrhea and sometimes death.

The best way to eradicate it is to find it before it infects someone. VGH decontaminates rooms using ultraviolet machines to blast light radiation on walls and surfaces that may contain the bug.

But because the hospital is so big, it's more efficient to know which rooms need cleaning. This will be Angus's job.

"If something has a scent, a dog can be trained to find it," Ms. Zurberg said in an interview.

Over the past several years VGH has been able to reduce its C. difficile rate below the provincial average of six cases for every 10,000 discharges, but there is always more work to do.

To find the right dog, Ms. Zurberg travelled to Montana and bought Angus from a breeder who specializes in hunting dogs. To work in a hospital, she needed a dog that was not intimidating like the German shepherds she usually works with.

"Angus just wants to run around and play and love everybody," Ms. Zurberg said. "But he's very intense and serious when he's working."

Since December, Ms. Zurberg has developed a training program for Angus. He was first taught to find his toy and when he had mastered that, the toy was then paired with the the scent of C. difficile. The final step will be to take away the toy so that Angus searches only for the C. difficile. After finding something, he always gets a reward.

"He learns from a young age that the smell of the target odour will get him his toy," said Ms. Zurberg.

Elizabeth Bryce and Diane Roscoe, both researchers at VGH, are working with Ms. Zurberg on the training program. They provide Ms. Zurberg with the scent of C. difficile isolated on cotton swabs. (The scent has been separated from the bug.) The next step of the training process will have Angus searching for cotton swabs in the hospital.

"This program is quite innovative. We haven't found a similar approach," Dr. Bryce said.

Dogs have been increasingly used to search out a variety of scents. Among other things, they can find bedbugs, improvised explosive device and even different forms of cancer.

In a 2014 study conducted by researchers in Italy, cancer-sniffing dogs were able to detect prostate cancer in urine samples with 98 per cent accuracy. In other studies, they have been able to discover lung and breast cancers, although research is still in the early stages.

Ms. Zurberg thinks Angus will be ready for work in six months. She is not getting paid to train Angus; it is just something she wants to do.

"If I can prevent other people from getting C. difficile, I'll be happy," she said. 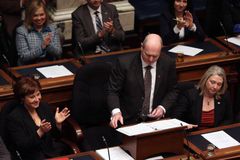 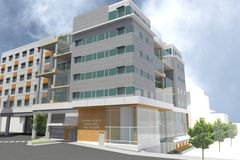