Surrounded by battered volumes of Vancouver directories from the early 20th century, bronze busts, and old maps, the three people who lead the Vancouver Archives can't stop talking about the future.

They are all techniques that Vancouver Archives staff – digital conservator Sue Bigelow, archives manager Heather Gordon, and city archivist Les Mobbs – have been exploring intensively to make the city's history available in all the ways that people use now.

"It's like we're building the equivalent of our physical structure here at the archives, but on the internet," Mr. Mobbs said.

Their work puts them at the forefront of archivists using technology in North America. It's also very popular. A recent Vancity Theatre showing of archives films was sold out, while the videos and photos available on the Internet are getting thousands of views.

"I think there's a sense of people trying to hold onto something tangible about Vancouver as it speeds past," Mr. Mobbs said. "Vancouver, almost from the time it's invented, is always looking back at its past."

Mr. Mobbs presides over the collection of city-council records, histories of Vancouver companies and families, maps, photos, videos and more that used to be available only to people who were willing to make the trek down to Kits Point and visit the concrete facility set into the hill behind the planetarium.

People still visit the archives' quiet research room, with its view of English Bay, to access the files that still have not been digitized or are not available publicly for copyright reasons, but many more are now watching videos or photos from home.

This year, the archives staff, who started looking at whether and how to digitize the collection in 1997, provided public access to about 80,000 of its 1.5-million photos in full resolution.

They have started scanning the archives' many maps this year. And they have also continued a program to digitize videos that started in 2011.That has allowed photography students, history buffs and others to take those images and use them in a variety of novel ways.

Students in the Langara College photo-imaging program blended historic photos with contemporary ones this year to produce unusual images.

Archives staff are talking to a group of people developing a phone app that will link to stories and images of Vancouver as visitors or residents travel to various parts of the city.

A video of The Queen's visit to the Vancouver park named after her, filmed during her visit in 1959 and digitized this year, was projected onto the wall of Buckingham Palace as part of the Diamond Jubilee celebrations in England this year.

The archives' move to put its history on the Web is not just popular among regular residents who want to know more about this city that rebuilds itself with such frequency.

Historians say it has changed their ability to research the city.

"You can now zoom into photos and read signs in the windows. I can confirm the presence of a business by looking at the details," said John Atkin, a well-known city historian. He and a collaborator, Andy Coupland, maintain a blog at changingvancouver.wordpress.com that compares historic images of sites in Vancouver with what is there now.

Another fan of the archives' move to the future is Donald Luxton, who runs a heritage consulting business and is the president of the non-profit Heritage Vancouver.

His team has always used the archives. But now, he said, "we are constantly amazed at how much new material is turning up in our searches. This is an excellent example of how technology can serve history and make it come alive." 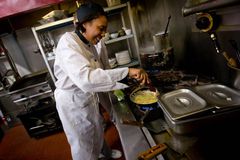 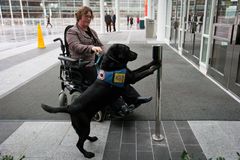 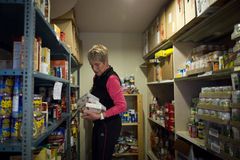