When the whale-watching boat Leviathan II capsized near Tofino with 27 people aboard, the waters over much of Clayoquot Sound were glassy smooth and a strong breeze was blowing.

In the aftermath of the tragedy, which left five dead and one missing, people have been asking why a 20-metre boat, under the control of a veteran skipper, would roll over so suddenly in such moderate sea conditions.

In a news conference on Tuesday, Marc-André Poisson, director of marine investigations for the Transportation Safety Board, said the vessel "broached and then capsized" when most of the passengers were gathered on the top deck, port side.

"This would have raised the centre of gravity affecting the vessel's stability. We also know that the sea conditions were such that a wave approached the vessel from the starboard quarter," he said, although he did not suggest the wave was exceptionally large.

A flurry of media reports have said a "rogue wave" came out of nowhere on Sunday and tipped over the tour boat, which Jamie's Whaling Station and Adventure Centres has run for the past 20 years on the same route without incident.

The rogue-wave theory, which has made headlines around the world, appears to be speculation based largely on the comments of one of the rescuers, Peter Frank Jr.

"One of [the survivors] told me … they saw this real big wave coming – bigger than the rest of the big rollers. They said it picked the boat off and it fell off the wave, it started tumbling," he said.

The term "rogue wave" commonly means a massive wall of water (the largest recorded globally have been more than 18 metres high), but it can be used to describe any extreme wave that is three times the size of the average wave height on a given day. Researchers at San Francisco State University in 2009 reported that about three waves in every 10,000 are extreme, but that frequency can increase to three in every 1,000 "in a focal zone" where a feature such as a reef concentrates energy.

Fishermen and fishing guides who were on the water on Sunday did not report seeing any huge waves, but they say the area's intricate pattern of tides and winds can produce dangerous conditions in localized spots.

Steve Lawson, who lives year-round on Wickaninnish Island and travels on the waters of Clayoquot Sound almost daily, said that Plover Reef, where the accident occurred, can be such a location. It lies on the outer coast and is exposed to the big, steady waves, known as rollers, that come in from the open Pacific.

Mr. Lawson said after the accident he has heard people describe Sunday's water conditions as both calm and rough, depending where they were.

"It is unpredictable," he said of the sea. "The big waves can come [any time] … and if you are in relatively shallow water, you know around reefs and things, it can be a problem."

Chris McCue, who leads whale-watching tours for Jamie's Whaling Station, but was not working on Sunday, said the Leviathan II had been "running absolutely perfect" and Plover Reef is a routine stop for Tofino whale-watching boats.

Doug Palfrey, who runs the Tofino Salmon Enhancement Society, keeps a close watch on the tides and the weather because he has to cross Clayoquot Sound regularly to get to the streams he works on. He was on the water the day of the accident.

"It was glassy calm," he said.

But Mr. Palfrey said the tide was going out at the time of the accident, and outflowing water would have been colliding with incoming rollers at Plover Reef.

"Whenever you get a tide pushing against an incoming swell, even when it's calm, your sea heights jump," he said. "There's a lot of things at play, swells rebounding off reefs and changing direction into the oncoming swell. You get all those shallows [around Plover Reef] and, ugh."

According to Environment Canada, wind speed at Tofino was 4-10 knots on Sunday, which means a gentle breeze with scattered whitecaps. A weather buoy at La Perouse Bank, 30 kilometres offshore of Tofino, showed winds as high as 22 knots, which is six on the Beaufort scale and strong enough to form large waves.

Parks Canada, which manages Pacific Rim National Park Reserve near Tofino, issued a wave hazard rating of "high" on Sunday, which meant waves of one to three metres.

One of those waves hit the Leviathan II. 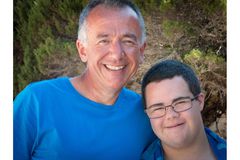 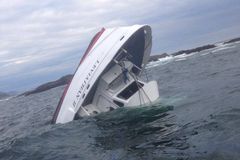 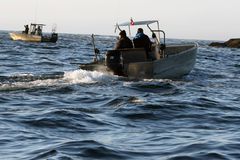 Follow Mark Hume, Sunny Dhillon and Justine Hunter on Twitter @markhumeglobe @TheSunnyDhillon @justine_hunter
Report an error Editorial code of conduct
Due to technical reasons, we have temporarily removed commenting from our articles. We hope to have this fixed soon. Thank you for your patience. If you are looking to give feedback on our new site, please send it along to feedback@globeandmail.com. If you want to write a letter to the editor, please forward to letters@globeandmail.com.
Comments