The race for Vancouver's empty city-council seat is now full on, with candidates chosen for all major parties.

And two of the highest-profile candidates are promising big changes in housing policy in this city, where rising rents and real estate prices have caused major public anxiety.

For many Vancouver residents, the vote on Oct. 14 will be tied to their calculation about which party has the best solutions on offer for the never-ending housing crisis.

The choice will be wide, with candidates on the left promising rent freezes and massive spending for low-cost housing and a candidate on right promising to free up development, with other options in between.

Hector Bremner, a vice-president at a public-relations company, an energy-company lobbyist and former staffer with previous housing minister Rich Coleman, promised faster approval times and more of the city opened up for different kinds of housing after he was chosen as the Non-Partisan Association's candidate in a nomination meeting earlier this week.

The current Vision Vancouver plan is "incrementalism and piecemeal," Mr. Bremner said. "Sixty per cent of the city doesn't even allow a townhome. I'm looking at addressing the missing middle and adding more diversity, more opportunity in the city for different demographics."

Mr. Bremner said that he believes residents in the city are ready for that kind of big change if they are presented with honest information and a genuine desire by city officials to hear their opinions.

"If they are given a chance to vent their frustrations and get real data instead of Internet innuendo, we can move forward," Mr. Bremner said.

A candidate from another party who appears to be a front-runner at the moment, according to recent polls, said he plans to fight for solutions that are achievable and that are geared to "missing middle" housing, not luxury condos.

Pete Fry of the Green Party said he doesn't believe in "empty promises" about initiatives such as rent freezes, something that independent candidate and poverty activist Jean Swanson has promised in her run for the council seat.

The city has no power to decide that, he said, and promises such as Ms. Swanson's "just breed cynicism."

But, Mr. Fry said, he'd like to work to offer developers incentives for the kind of housing that is needed in the city, while disincentivizing luxury developments.

"What I would be interested in is that missing middle kind of housing. Our building code prohibits a lot," he said. He said the city could get past "preservationist blockages" if it could make some of those changes.

Mr. Fry said he would work with his already elected Green Party colleague, Adriane Carr, to introduce more transparency into public reporting about the deals that the city makes with developers, to get a renters' office a city hall, and to add more staff resources to combat illegal short-term rentals.

Like Mr. Bremner, he said he is also interested in reducing permit and inspection waiting times to get more housing into the city faster. That's something the current Vision Vancouver council has already promised.

A late-August poll put public support for the Green Party at 38 per cent, while the NPA and the ruling Vision Vancouver, led by Mayor Gregor Robertson, are tied at around 20 per cent each. The poll of 438 residents has a margin of error of plus or minus 4.7 percentage points, 95 per cent of the time.

But Green Party supporters are typically younger, which usually translates as less likely to vote. As well, multiple candidates are running for left or centre-left parties. Besides Ms. Swanson, homelessness advocate Judy Graves is the candidate for the party OneCity, and a young refugee activist has been chosen as the candidate for Vision Vancouver.

That has led some political observers to calculate that Mr. Bremner has a good chance of winning.

Diego Cardona, a 21-year-old worker with a community-service centre, was announced by Vision as the party's council candidate earlier this week. Unlike the NPA, Green Party and Coalition of Progressive Electors, Vision did not hold a nomination contest.

Mr. Cardona said he is running to continue his work with the marginalized communities he has represented in the past.

"A lot of these people feel isolated."

He said he also wants to fight to do more to reduce homelessness among LGBTQ people and young people transitioning out of foster care, of whom one in two is likely to face homelessness.

Mr. Cardona defended Vision's housing policies, saying the city has seen more rental units built here than anywhere else in Canada because of city incentives and that its new housing policy will drive the construction of 72,000 new homes, many of them rentals or in the affordable range.

"Of course there's more that can be done. But that's something we need to continue to support." 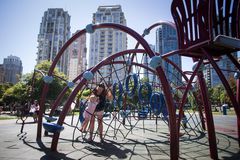 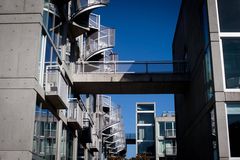 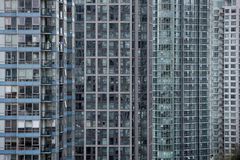