When the China Nose fire raced across the Interior Plateau south of Houston and Burns Lake last summer, it was a reminder – not that one was needed – of just how dangerous a forest is after it's been killed by pine beetles.

The insect infestation has spread over 18 million hectares in British Columbia, leaving a dry, fire-prone forest behind. Some of the most intense damage is in the area where the China Nose blaze consumed more than 3,000 hectares, and logging companies in that region are acutely aware of the fire hazard.

Or they should be.

But when the Forest Practices Board (FPB) sent a team to the Burns Lake area to do a random audit, it got a surprise. Checking the clear-cuts created by a numbered company owned by the Wet'suwet'en First Nation, the team found piles of slash that had been left unattended for years.

Logging contractors are obligated by law in B.C. to routinely do fire-threat assessments and to reduce any dangerous conditions they create. That's largely why rural British Columbians see a lot of smoke each fall, as loggers use controlled burns to dispose of slash piles.

But Christopher Mosher, director of audits for the FPB, said in one clear-cut after another, the board's team found big piles of waste wood. Imagine hundreds of Guy Fawkes bonfires just waiting for a spark. And surrounding them, thousands of hectares of dead or dying forests.

It was a catastrophe waiting to happen and justifiably the Wet'suwet'en got a public rebuke last week when the FPB audit was released.

The FPB, a watchdog agency that operates independently from government, does about a dozen audits a year, checking into the performance of logging companies around the province. It often finds areas where companies need to improve their practices, but seldom does it report a failed audit, as it did with the Wet'suwet'en.

"I've been with the board since '96, so I'm familiar with almost all of our audits – and it is a rare occurrence to have a situation where it's bad enough to say they are just not in compliance," said Mr. Mosher. "I believe we've only had about three or four adverse opinions in the 100-plus reports that we've done."

The Wet'suwet'en company, 639881 BC Ltd., failed in more than fire-hazard abatement, however.

The company, which harvests trees killed by pine beetles within a 50-kilometre radius of Burns Lake, also caused unacceptable damage to the soil in some cut-blocks and failed to do an adequate job of replanting.

Logging, which requires the use of heavy equipment, always causes some soil disturbance, and B.C.'s guidelines are forgiving, to a point. In this case, the loggers left an unacceptable mess.

"It was pretty intense soil disturbance," said Mr. Mosher. "We call it an unsound forest practice … it is a big concern. It could impact the future of the site in growing the next-generation forest."

The company also planted the wrong seedlings for the region, at least in some places, and failed to put grass seeds on bare land, which allowed invasive plants to move in.

Mr. Dennis said the contractor that had been directing logging activities has been replaced. The whole forestry operation has been restructured. The band has ordered abatement of the fire hazard, better replanting practices, an end to soil damage and more direct reporting from the field.

The things that went wrong, he promised, will all be fixed.

"We're taking the audit very seriously and we're going to take corrective action to get everything up to compliance," he said. "For me basically, if the government is not satisfied then I'm going to act on my side and say, get us into compliance. That's all I want to see. Full compliance is our motto now." 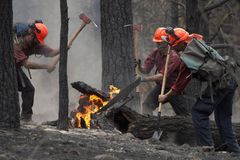 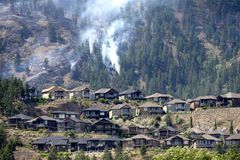 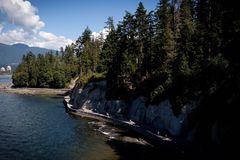 Timber companies can’t see the consequences for the trees
March 30, 2014 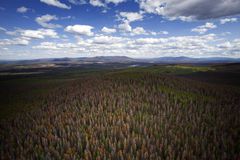