Disparaged as a "sneaky" way of skirting laws against the sale of raw milk, it's the latest development in a national campaign that sets public health concerns against consumers who want pure unpasteurized product

In June of 2008, the dairy was identified as a producer and distributor of raw milk. By March 2010, the Fraser Health Authority secured a permanent injunction to stop it from distributing raw milk for human consumption. In response, dairy operator Alice Jongerden labelled the milk as "Not For Human Consumption." In September, the health authority asked that Ms. Jongerden be held in contempt of court. She was found guilty, but not fined, in December.

She stepped aside in September and Ontario raw-milk dairy farmer Michael Schmidt took over as manager of Our Cows Inc.

The dairy's half-dozen products all bear labels stating "should not be used for human consumption."

"We tell customers you cannot drink it. You can use raw dairy products as cosmetics. It's not a matter of getting round the law. It's how do we accommodate our customers?" Mr. Schmidt said from his home in Durham, Ont.

"It's another under-the-table, sneaky way of trying to get around the law," Robin Smith said.. "It's cloaking a cow in Cleopatra's robes."

At Our Cows, five employees milk and care for the cows and bottle the products. About 70 gallons of milk are produced daily by the Jerseys.

For $150 per month, a cow-share member gets about two quarts of raw-milk products each week.

Since September, Mr. Schmidt, who owns a 40-cow raw-milk dairy, has flown to B.C. five times, "taking all the flack" and preparing to battle for the right of British Columbians to legally acquire raw milk.

"I was reflecting on the arbitrary decree by B.C. regulators to call raw milk a hazardous substance. It's like calling a human being a criminal," he said of a product he spent 16 years fighting to distribute in Ontario. Before immigrating to Canada from Germany in 1983, Mr. Schmidt operated a raw-milk dairy.

In January 2010, he was acquitted of all 19 charges related to the distribution of raw milk and raw-milk products in Ontario.

Raw-milk supporters point to the Ontario decision, which stated that because Mr. Schmidt's raw-milk products were available to only cow-share members they were not considered available to the public.

But in her March, 2010 order, Madam Justice Miriam Gropper wrote: "The question of whether the milk or milk products are distributed to the public or to members of the cow share is of no relevance in British Columbia. Raw milk is deemed to be a health hazard by regulation, and s.15 of the Public Health Act 'prohibits a person from willingly causing a health hazard.' "

Fraser Health Authority is aware that Mr. Schmidt has branded Our Cows raw milk as cosmetics.

"Mr. Schmidt has been very clear and open about his plans," said spokesperson Roy Thorpe-Dorward.

But the authority sticks by its view that even though the milk is labelled as cosmetics, the obvious purpose is for human consumption, he said.

According to B.C. Ministry of Health spokesperson Jeff Groot, the province has no plans to amend regulations that prohibit the sale of raw milk.

Consuming unpasteurized milk products can cause serious illness in people, especially young children, the elderly and those with weakened immune systems.

Pathogens such as E. coli, salmonella and campylobacter can be present in the products

There have been no recent complaints about Our Cows raw milk, Mr. Thorpe-Dorward said.

The concern, said Mr. Smith, who represents B.C.'s 525 commercial milk producers, is that when someone gets sick from raw milk, it taints the whole industry.

"People connect sickness with a product. So, we're protective of our product. We spend a great deal of time and money making sure our product is safe."

In early 2011, Fraser Health will inspect Our Cows and if inspectors determine that the raw milk is being distributed for human consumption, the dairy will again be hit with a contempt-of-court charge.

Anticipating the inspection, Mr. Schmidt is asking Health Canada to categorize Our Cows products as cosmetics, in which case they would be regulated by the federal Food and Drugs Act.

Health Canada has not responded to Mr. Schmidt's request but if the products are considered cosmetics, then the provincial authority's involvement would cease, Mr. Thorpe-Dorward said.

In much of Europe, raw milk is not outlawed. In fact, raw-milk vending machines are found in Italy, France and Slovenia. 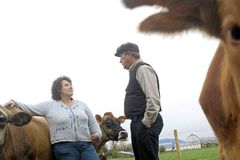 Opinion
Raw-milk fans are getting a raw deal
September 24, 2010 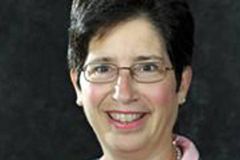 The battle over raw milk will spill into the future
April 2, 2010 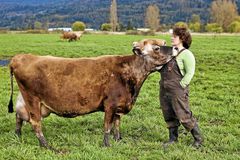 B.C. court bans sale of raw milk
March 18, 2010
Victory for the milk man
January 22, 2010
Follow us on Twitter @GlobeBC Opens in a new window
Report an error Editorial code of conduct
Due to technical reasons, we have temporarily removed commenting from our articles. We hope to have this fixed soon. Thank you for your patience. If you are looking to give feedback on our new site, please send it along to feedback@globeandmail.com. If you want to write a letter to the editor, please forward to letters@globeandmail.com.
Comments