After an investigation spanning almost two years and crossing international borders, the RCMP have charged two senior Hells Angels members and six others across B.C. for drug trafficking.

Four of those eight, including David Giles, the vice-president of the gang's Kelowna chapter, are also charged with conspiring to import 500 kilograms of cocaine.

"This investigation has been complex with regards to scope, scale and reach," said RCMP Assistant Commissioner Wayne Rideout about the operation, during which police say they seized $4-million of drug money.

Authorities worked on the operation – nicknamed E-PREDICATE – for more than 20 months. RCMP said they believed 500 kilograms of cocaine could be imported into the country and that people in B.C. were growing and trafficking marijuana to fund the shipment. Mounties said they were reluctant to divulge any more details of the operation before what is expected to be a complex and lengthy trial for those charged.

This is not Mr. Giles's first run-in with the law. In 2008, a B.C. judge acquitted him of possession of cocaine and of committing an offence as part of a criminal organization. The judge said the Crown had a weak case against Mr. Giles, but found two other defendants guilty of possession, after police found nine kilograms of cocaine across three Kelowna locations.

"I'm hopeful that there will be lots of evidence to obviously support a prosecution," Supt. Cantera said.

Brian Oldham, believed to be the Kelowna Hells Angels chapter's sergeant at arms, is also charged, said Sergeant Duncan Pound, an RCMP media relations officer. Police have not yet located Mr. Oldham and have issued a Canada-wide warrant for his arrest for possession for the purpose of trafficking a controlled substance. 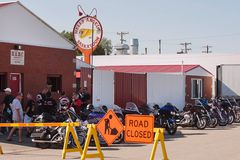 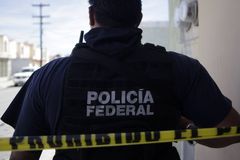