Somewhere at sea tonight, an hour before midnight, Adam Kreek and Richard Tarbill will roll out of their narrow bunks, their balance now perfectly tuned to the pitch of the sea, and make their way out on deck.

They won't have far to go, because they are living in a rowboat.

Outside they will relieve Greg Spooner and Jordan Hanssen, or Markus Pukonen, an alternate rower. After four hours bending their backs to keep the eight-metre ocean boat moving on its 1,200-kilometre circumnavigation of Vancouver Island, the pair at the oars will be glad of the shift change.

The five friends, whose nautical adventure is being sponsored by the Canadian Wildlife Federation, are rowing around the island to help raise public awareness about ocean conservation.

"The real purpose is to inspire other people to get outside, to have their own adventures," Mr. Kreek said on the phone from Port Hardy, on the north end of Vancouver Island, where the boat had been compelled to stop by gale-force winds.

"The ocean environment on the West Coast is fragile. And it is beautiful. The key message I have is: Explore it if you want to protect it. Get out there. Be smart, be safe, do it with friends, and spend some time really getting to know the ocean," said Mr. Kreek, an Olympic rower who won a gold medal for Canada in Beijing.

Midway through their journey, which began in Vancouver harbour on April 11 and is due to end there on the 29th or 30th, the young men have come to love the ocean and its unpredictable moods.

"You feel alive out there. You are in such a wild environment. Not a lot of people get to experience that at such an intimate level," Mr. Kreek said.

One of things he does as he rows and rows is to study the water. "Watching the waves is great," he said. "The sea is changing all the time and is almost as if you are watching fire. … then there is a little bit of pattern and you say, 'okay, there's a big wave going to come' … and you brace for it … and you rock and roll and go side to side."

He laughs as he tells that story, and again as he describes how a huge, bull sea lion threatened them when it thought the boat was too close to his harem. He talks with an evident joy about watching phosphorescence swirl around the oar tips like the Northern Lights, of holding up his cellphone to match a star finder app with the heavens above, and of seeing sea otters play in the surf.

There have been some bad moments, such as when the rough seas made people sick or when endless sheets of rain fell (one downpour lasted 24 hours), but they have never felt like their lives were at risk.

"One of the biggest dangers out there are the large tankers and the vessels that could run over us … but we are pretty vigilant," he said. "And we've been able to ride out most of the bad weather. Coming in to Port Hardy we had 25-knot winds with stronger gusts … we were riding eight-foot waves coming in. Big waves. Strong weather. But I've been really impressed with the boat. We are almost like a little cork in the ocean. We just kind of keep edging forward."

The first leg of the journey went through the relatively sheltered waters between Vancouver Island and the British Columbia mainland.

Mr. Kreek was interviewed just before heading around the exposed northern tip of the island, to start the homeward leg down the west coast of Vancouver Island, which is known as the Graveyard of the Pacific because of its history of wrecks. "The most hairy part will be Cape Scott because we have to deal with very big winds coming off Queen Charlotte Strait and the Pacific Ocean," he said. "We're alone out there.…That's why we've taken so long to plan. You don't want to be one of those people who haven't planned properly and who have to put up help signals."

Mr. Kreek said the first four days of the trip were the hardest. Then the crew got into the routine.

"It's a very regimented daily schedule so it becomes very rhythmical, meditative, reflective and comfortable," he said. "And we are getting along really well. The rule is, if something's bothering you, get it out on the table."

Mr. Kreek said the five were good friends before the journey. But now they have a stronger bond. And they are planning their next big adventure: In December, they will row across the Atlantic, crossing from West Africa to South America.

More information on the current journey, including up-to-date Web postings, can be found at OARNorthwest.com.

Olympic hopeful Cameron recovers any way she can
May 8, 2018 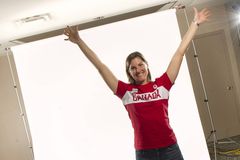 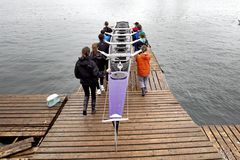 Toronto Islands resident to row across the Atlantic
April 30, 2018 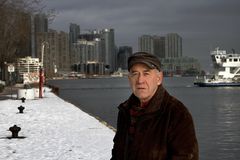