It's funny how things work out.

The anti-HST forces got lots of media mileage from linking their recall campaign to the reality TV show Survivor.

"MLA Survivor Recall - Vote them off the Island," proclaimed that nattering, plant-nursery nabob of negative taxism, Bill Vander Zalm, as rain-drenched hacks wondered what the Zalm thought of Pavarti Shallow's strategy in Season 16. (Colleen Haskell, where are you?)

But so far, the only ones voted off the island are from Mr. Vander Zalm's tribe.

No immunity for recall organizer Al Romanchuk, who voted himself off after publicly professing admiration for "friend" and neo-Nazi, Ernst Zundel.

Also disappearing into the woodwork is former NDP MLA Charlie Wyse, identified - against his wishes - as leading the recall campaign to unseat Donna Barnett, who defeated the same Mr. Wyse in the last election.

On the ropes is colourful but intemperate blogger Gary Edwards, another prominent anti-HST campaigner in Cariboo-Chilcotin.

I feel safe in asserting that Mr. Lake's is the first political press release in B.C.'s long, idiosyncratic history to contain the term "brain farts."

(Cheeky scribes, meanwhile, might wonder what the pink-eared Mr. Lake thought of his own caucus colleague, Energy Minister Bill Bennett, who once e-mailed a critic in language liberally sprinkled with references of the scatological ilk.)

With the Liberals suddenly playing hardball, and the NDP wisely remaining in the dugout, the recall campaign is already floundering.

It seems a pointless exercise, anyway. What purpose is served by a costly, difficult, energy-sapping sideshow in the middle of winter to bring down a gaggle of Liberal MLAs, when a referendum to axe the tax will be mere months away?

All in all, a fairly good week for Gordon Campbell, and not just because those damned red mittens are back.

So, welcome, then, and a tip of ye olde toortsog to Sukhbaatar Batbold, Prime Minister of Mongolia.

The leader of the Mongolian People's Revolutionary Party, which dates back to the time of Lenin, has journeyed from his landlocked, windswept steppes to this West Coast paradise by the sea for a speech Friday to the Asia Pacific Foundation.

He is expected to elaborate on mining, rather than the words of his illustrious predecessor, Genghis Khan, who was prone to quip: "The greatest happiness is to see your enemy's cities reduced to ashes, to see those who loved him shrouded in tears, and to gather into your bosom his wives and daughters."

There was no memorandum on climate change, however, despite the clinking of cups filled with kumis, Mongolia's famed, alcohol-tinged drink concocted out of fermented mare's milk.

Mr. Batbold is a fierce advocate of taking action to combat global warming. Only last month, he drove for 15 hours into the Gobi Desert, pulled on a green baseball cap and declared that climate change was causing his country's scarce, usable land to be overrun by desertification.

I doubt he mentioned this pending calamity to Mr. Harper, who continues his what-me-worry approach to any discussion of the perils of global warming. I wonder how Genghis Khan might have handled this sort of indifference.

As bookstores start to close in deference to the unsurpassed thrill of sitting at home by yourself and calling up an e-book, some of our more old-fashioned MLAs continue to buck the trend and read real books.

And Leonard Krog of the NDP is busy with books he missed when a young Krog. First, Wind in the Willows, then Catcher in the Rye, and now, On the Road.

Would it be mean-spirited to recommend that Mr. Krog next tackle that classic Sixties novel: Been Down So Long It Looks Like Up To Me? Of course, Mr. Coell might want to read it, too.

B.C. government opposition to minimum-wage hike may be thawing
September 30, 2010 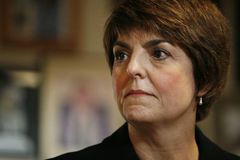 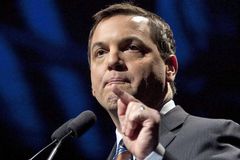